Back in the room

With luck(!) all live music venues will soon welcome us back. Here’s what Review’s jazz writer Rob Ryan is looking forward to 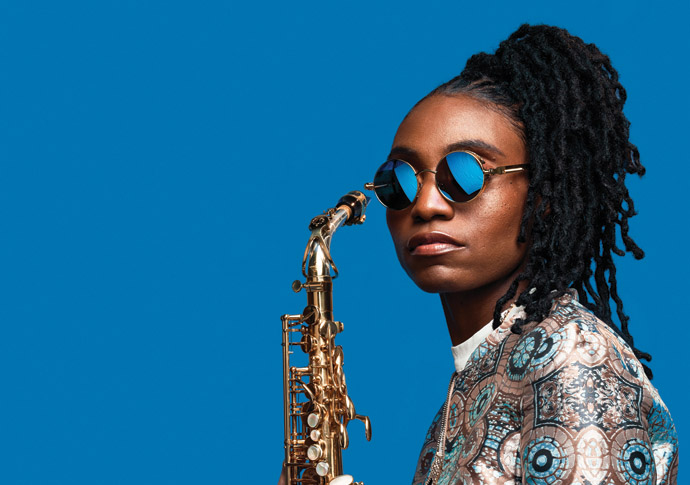 WELCOME to the first of Review’s new jazz column, celebrating the musicians and venues of north London and, sometimes, beyond.

Why begin a series on this music now? Well, jazz in the capital was enjoying a healthy resurgence in popularity until lockdowns decimated the live scene but there are encouraging signs it will come back as strong and vital as ever.

The Camden New Journal was one the first media outlets to identify and celebrate the current coterie of tyro players when it interviewed Camden-born saxophonist Nubya Garcia a couple of years back.

As it pointed out at the time, by incorporating the rhythms of Africa, Latin America and the Caribbean and co-opting beats from dubstep, drill, grime and other club cultures, Ms Garcia’s generation (including bands such as Kokoroko, Seed Ensemble, Ezra Collective and players like Joe Armon-Jones, Shabaka Hutchings and Moses Boyd) has created a version of jazz that can be danced to again, attracting a new, younger audience.

This kind of music is, of course, best appreciated in a live setting and the jazz world is breathing a sigh of relief as its classic clubs re-open.

Ronnie Scott’s, The 606 Club, the Vortex and the Jazz Café are already up and running.

The venerable Pizza Express in Soho gets back into it on June 21 and the always reliable Jazz at The Oxford Tavern in Kentish Town is gearing up to reappear as soon as they get the upstairs Covid-proof.

At the Oxford you basically get top players – Giacomo Smith, Gabriel Latchin, Freddie Gavita, Jim Mullen, Rachael Cohen – plus a raft of up-and-coming names in a relaxed setting at bargain basement prices. Even though it’s actually on the first floor.

Also back on track after a streaming-heavy hiatus is the EFG London Jazz Festival, running from November 12-21. The first shows have already been announced and include legends Dave Holland and John Schofield, young pianist Joey Alexander, quickly outgrowing his wunderkind tag, and what is sure to be a masterclass in jazz vocals from Dianne Reeves. My pick? New York’s amazing altoist Lakecia Benjamin at Cadogan Hall on June 13, who injects lashings of soul into her jazz. All tickets on sale now (efglondonjazzfestival.org.uk).

Ronnie’s regular Quentin Collins, a marvellously inventive trumpet player, is crossing the river on June 12 to play at the Toulouse Lautrec restaurant/club (it’s close to Elephant & Castle) with his cracking Five Way Split band, which takes the music of Art Blakey as a launch pad into a contemporary take on hard-bop.

Closer to home, Nigerian-born, London-raised sax star Camilla George is at the Jazz Café on June 2, expertly wrangling together Afrobeat, calypso, blues and hip-hop, interspersed with exhilarating, emotive improvisations. She spent lockdown working on her third album and music from that will doubtless get to stretch its legs when she plays the all-seated event.

If you fancy more traditional fayre, with a seasoning of self-deprecating and possibly mordant humour, one of our very finest jazz singers, Ian Shaw, is at the Crazy Coqs at Brasserie Zedel in Piccadilly for two solo shows on June 20. It’ll be good to have him – and all the above – back in the room.

Jazz, the soundtrack to Rob’s life 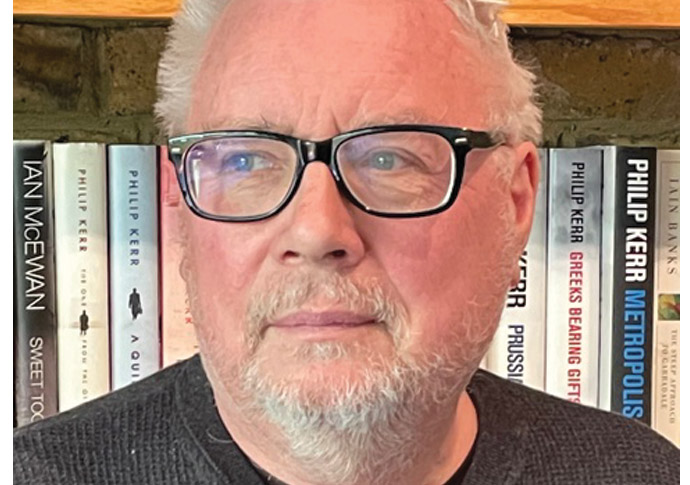 THE world of jazz – contemporary and otherwise – will be under the microscope in Review in a new column (above) by music writer Rob Ryan, pictured.

Covering everything from gigs, releases, interviews, reviews and previews, Rob brings a lifetime of expertise and passion for the genre.

Rob first started writing about jazz – as opposed to just listening to it religiously – in the late 1980s, commissioned by publications including The Face, GQ, Esquire, The Independent and The Sunday Times.

And Rob, who is based in Kentish Town, has collaborated with trumpeter Guy Barker over many years on various jazz-infused projects. Barker, who has performed with Frank Sinatra and Sting, joined Rob to create a soundtrack to accompany Rob’s first novel, Underdogs, described by GQ as “a cross between Alice in Wonderland and Assault on Precinct 13”.

Between them, they have worked on numerous pieces, including what Rob describes as “a version of Mozart’s Magic Flute as if re-written by Mickey Spillane on a bender” – though the Guardian called it “cinematically evocative contemporary jazz”.

Other works include music inspired by a Henry James short story, which featured at the Aldeburgh Festival and on BBC Radio 3 to mark the centenary of Benjamin Britten.

Above all, Rob’s passion means he has kept a careful eye on developments within the world of jazz, and told Review: “I am convinced of the vitality and freshness of the current scene: there is so much out there to enjoy, when the pandemic allows, and I’m looking forward to sharing it with Review readers.”

As well as reviews and previews, Rob will be highlighting new releases he thinks deserve mentions – and is in the perfect spot to do so, as he tells Review: “I have since spent far too much money collecting this generation’s albums on vinyl.”

Rob continues to write bestselling novels under a number of pen names, all with a jazz soundtrack playing in the background.