Just a few days into 2018, West End street decorations have long been consigned to storage for another year 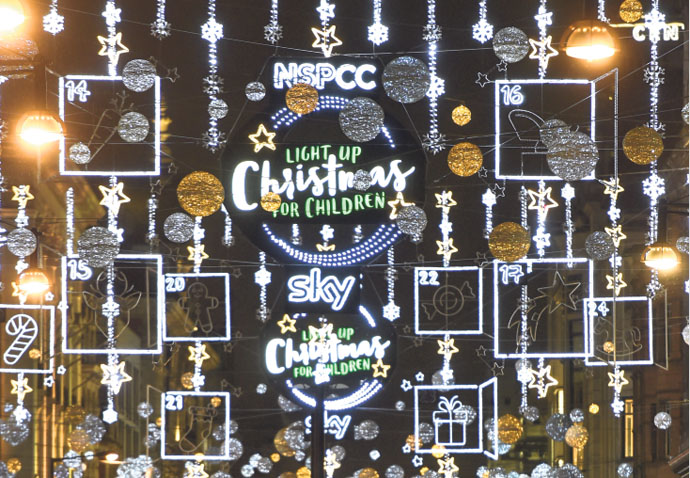 DIARY notes that while Christmas starts early in the West End as shops do their upmost to separate our good readers from their hard-earned moolah, it also finishes earlier than is traditional.

We all know you should remove the last vestiges of the festive season from your home on January 6, the last of the traditional 12 days, but across the major thoroughfares, it appears street decorations have long been consigned to attics and cupboards for another year.

Oxford Street, Carnaby Street and Regent Street lights all were removed on New Year’s Eve, having been in situ since early November.

Perhaps those in charge could push forward the date for setting them up, and then leave them in place for a little while longer?

Or do they feel since we’ve done all our Christmas shopping by the 25th it’s a case of getting them down and out of the way as quickly as possible as the cash has been spent by the consumer already? Which, after all, is really the aim of the lighting game… 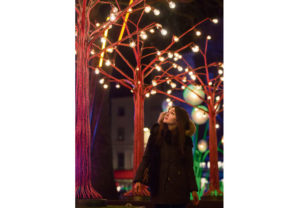 FOLLOWING on from Diary’s pondering (see above) as to why the Christmas lights don’t stay up until the 12th day, have no fear, word reaches us that the skies above the West End will be ablaze again by the end of the month.

Diary is, of course, referring to the spectacular annual Lumiere festival, which takes place across the West End.

Starting in Durham in 2009, organisers Artichoke set up a London version in 2016 and last year, as they shut roads off to traffic including Oxford Street, Regent Street and Piccadilly, it was estimated more than one million people went to various Lumiere events across central London.

Artichoke have earned themselves a good reputation for this type of giant, outdoor public art: they gave London the giant puppet story, the sultan’s elephant, which saw the monstrous four-legged, rope-and-pulley-operated machine chug its way through the West End (and memorably shoot blasts of water from its trunk).

They broadcast love poetry from lit-up tents along the coastline of the UK for Deborah Warner’s Peace Camp and even set fire to a 460ft relief model of London in 1666 to mark the 350th anniversary of the Great Fire.

This year’s installations are as bold as ever. Diary learns that at Piccadilly Circus, known already for its neon-lit glories, artists Camille Gross and Leslie Epsztein, will create a show called Voyage.

Described as “exploring our physical journey through time and space”, it is a light show projected onto the grandiose façade of the Hotel Café Royal. At its heart is an image of a station clock, and as the hands roll round it will illustrate the changing world around us – from the Big Bang to the Industrial Revolution, to the chaotic speed at which we can get from A to B today.

And with Piccadilly Circus’s neon advertising switched back on in October, they will have some competition, giving Diary the opportunity to regurgitate one of our favourite London quotes, by, we believe, Auberon Waugh, about the marketing towering above Eros that is put firmly in its place as a display by the wonders of the Lumiere: “It is very beautiful… for people who don’t like to read”