Arsenal thrash Burnley to send Wenger off in style 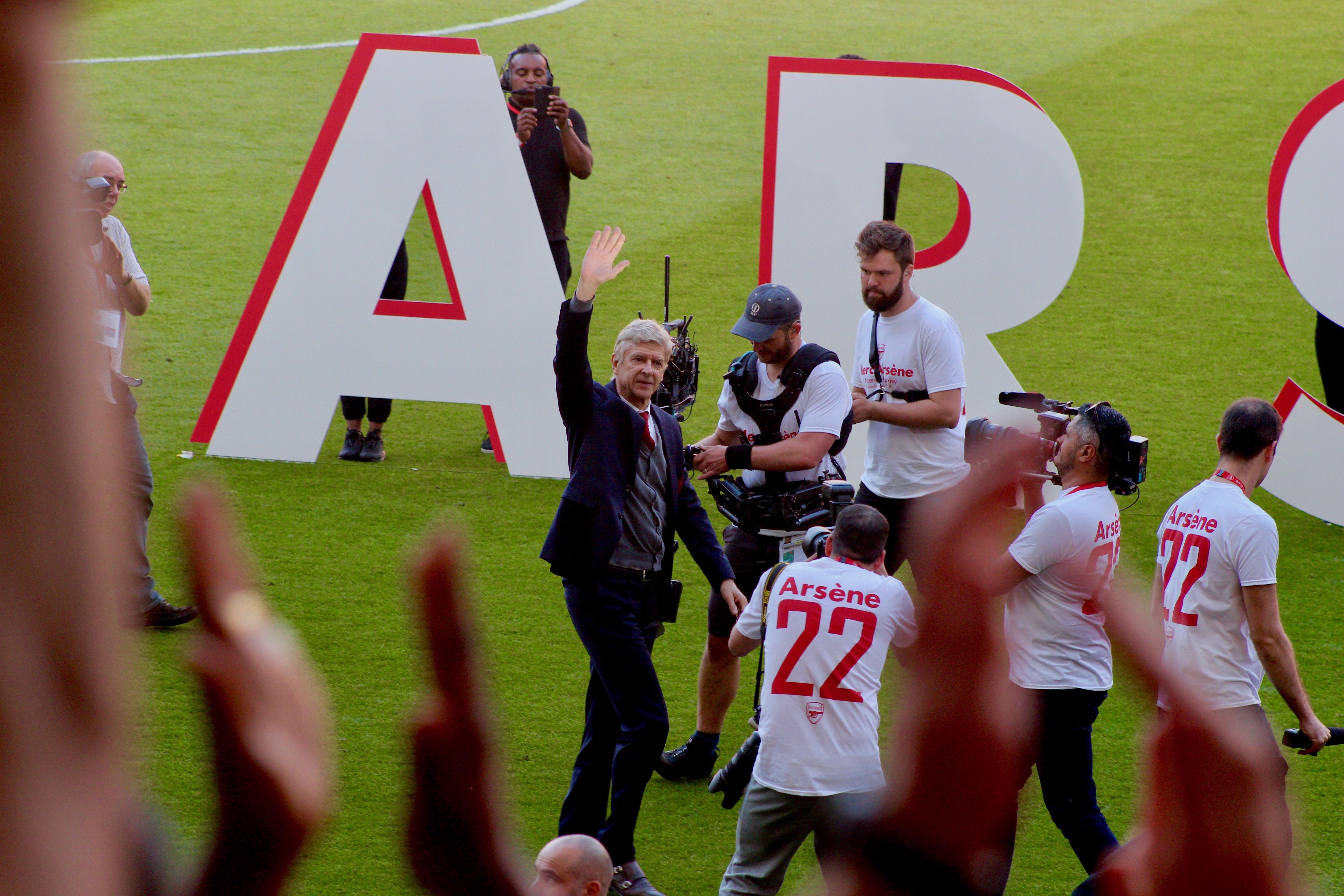 THE questions why can’t they play like this every week, or how can a team play so badly away from home and then be destructively brilliant in their own stadium, are probably best left for another. They are conundrums for somebody else to fix.

Arsene Wenger’s apparent difficulty in drawing consistency from a crop of obviously talented players, however, is what brought around this emotional afternoon at Ashburton Grove. The manager’s last match, and the Gunners were in their unbeatable mode; nobody in a red shirt was going to allow the final home fixture of the Frenchman’s 22-year reign end in anything other than a victory.

Here was another glimpse of how Arsenal once were, fashioned in Wenger’s purist but dreamy approach to the game. And what they can be again, if they can get all heads at the Emirates Stadium pointing in the right direction.

With Alexandre Lacazette and Pierre-Emerick Aubameyang both on the field, suitably supported by Henrikh Mkhitaryan and Jack Wilshere, and later Aaron Ramsey, there is a potent, free-scoring forward line which any new manager would be happy to inherit.

Of course, Burnley were only half there, having already achieved a turn in the Europa League next season with a credible top seven finish, you could forgive them for sleeping through this Wengerfest. Some of their fans seemed happy simply to be at a moment at history, staying behind and generously applauding the Gunners manager, a three time Premier League winner, as he was paraded for one last time after the final whistle.

Aubameyang had been the first take advantage of Burnley’s very late season lethargy just before the 15 minute mark. After Lacazette was released by a one-tow with Alex Iwobi, he fired across the box, maybe a shot, possibly a cross. Aubameyang, perhaps Wenger’s final great signing whose worth may only really be revealed after the manager has moved on, tucked the ball in.

There was a lull in the middle of the first half: Arsenal’s zippy start was deflated by a couple of injury breaks, including a clash which saw the Burnley striker Ashley Barnes forced to leave the stage early. Half  of the home support, all provided with a free ‘Merci Arsene’ t-shirt, were in the toilet or the hot dog queue when in the final moments before the break Hector Bellerin’s productive run down the right flank created an opening for Lacazette to score with a casual volley.

There was more of the same in the second half as Burnley checked out and as if the Arsenal side saw an opportunity to make so amends for an ugly season. Jack Wilshere created the third by turning his man in midfield, sprinting forward and slipping the ball to left back Saed Kolasinac, who belted it past the visitors’ keeper Nick Pope with a screamer.

Alex Iwobi had been struggling to keep pace with his electric colleagues in the first half, so finding the net for the third goal will have come as a confidence booster. Again Burnley were ripped open down the flanks before Iwobi wandered into space and powered the ball into the top corner.

Number 5 was generated by another assist from Bellerin. He somehow threaded the ball to Aubameyang through the legs of two defenders and Aubameyang again had the magic touch, flicking the ball skilfully beyond Pope.

There were chances for more. Ramsey was blocked from close range while fellow substitute Danny Welbeck’s spectacular half volley crashed off the goal frame. There was hardly a sniff for Burnley at the other end as Callum Chambers and Konstaninos Mavropanos suddenly looked like Arsenal had stumbled across a calm defence.

Per Mertesacker was given the last 15 minutes for another farewell: the club captain is retiring at the end of the season. Every touch was cheered.

But it was Wenger’s day, and for once try the fans were not bolting for the exit door with five minutes of the match left. They stayed to hear him tell them that he’d done his best, been totally committed, would always be an Arsenal fan and that he’d miss. He was awarded the unique gold trophy which the FA had made to mark Arsenal’s never matched ‘Invincibles’ season  Giant kites with his face and trophy record were unfurled before a  lap of honour. There were tears in some eyes.

When he reached the press room later, even the journalists who have been questioning his decision-making for at least five years, had a fuzzy feeling, gifting him a bottle of wine after he had finished questions for the last time.

I don’t know, I have to see where I put it,” said Wenger, of the party gift. ” It was a surprise for me. I don’t know (where I wSo many things happened today. From the moment I woke up, I have to organise a bit my life.

I want to finish the season well because I have two away games, maybe for next season it’s better we win the away games now.