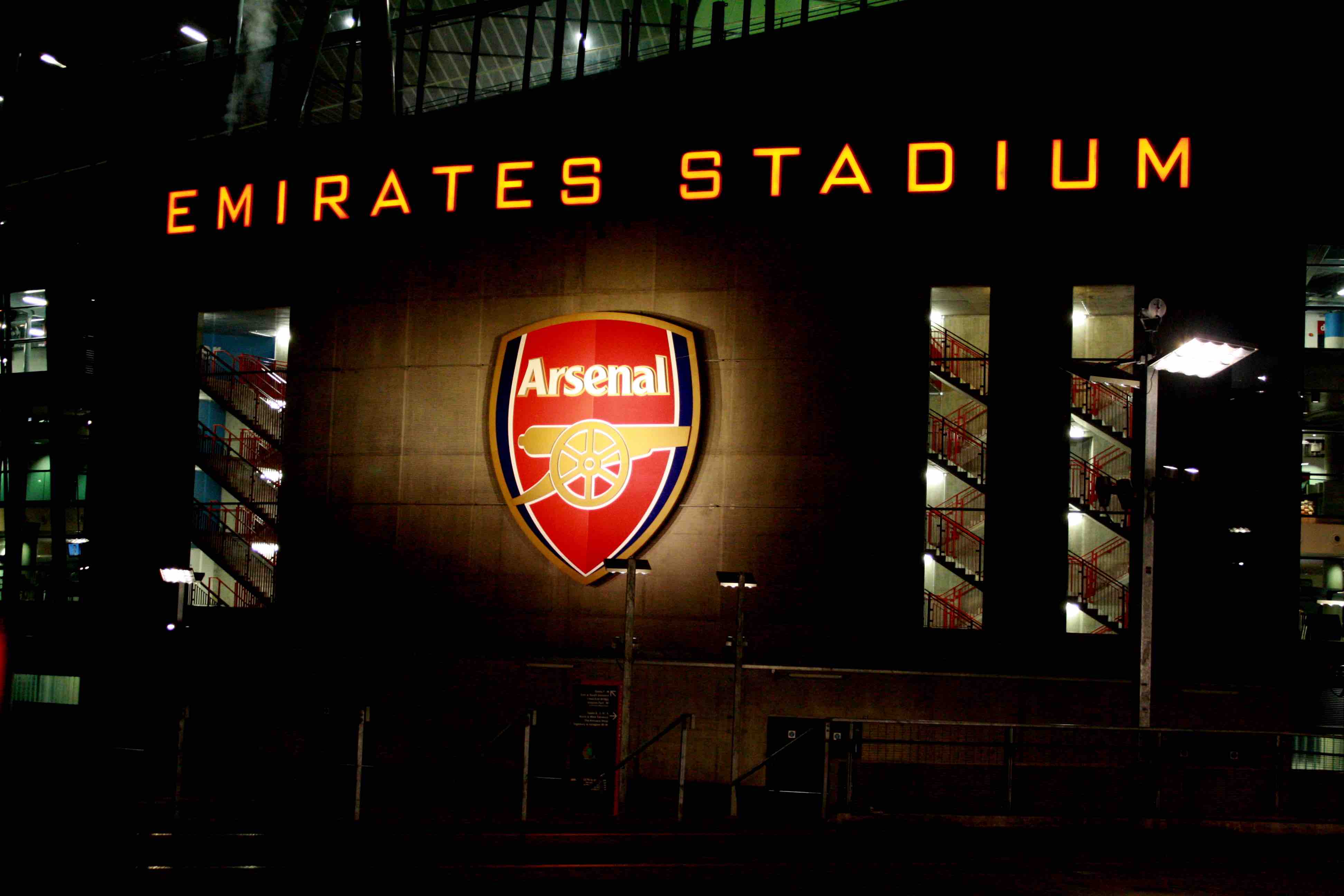 A NIGHT in the life of Arsenal football club, sublime but frustrating, thoughtless then incisive, this Jekyll and Hyde side unfurled of all its curiously different personalities over 90 minutes before finally working a way around fallen champs Leicester City.

The circumstances were thrilling, but nonetheless worrying for a team forever on the brink of a title challenge. With every shot on goal they had, Leicester scored, as Arsene Wenger’s back five system defaulted on its promise of greater security this season.

Without Laurent Koscielny, Shkodran Mustafi, Gabriel and even cup final hero Per Mertesacker, Nachol Monreal was left as the unlikely anchor alongside Rob Holding, suddenly looking as baffled as Phillipe Senderos ever did at centre back, and Sead Kolasinac, another left back essentially filled out of position.

Two-goal Jamie Vardy’s wit was too much for such a bandaged together line-up, and as Monreal left the turf this evening Mustafi could be seen out on the pitch lecturing him on how to get in front of his man. Wenger said afterwards it was all a worry for another day and seemed keener to attribute the blood lost in this topsy-turvy match to the visitors’ “efficiency” rather than his own team’s shortcomings.

“If you were a manager and you would be on the bench when you’re 3-2 down with 20 minutes to go, and you win 4-3, you’re more happy than concerned,” he said in his post-match press conference. “I feel as well that the goals we conceded, we can work together to get rid of that because one was a corner, one was a ball we lost in the build up and the third goal was on a corner again, so we conceded two goals on corners. We were quite good last year on corners and overall I believe that with a bit of work we can get that out of the system.”

As the press box hastily rewrote their match reports, Wenger could afford a smile or two having produced the late goalscorers from the substitutes’ bench in the manner of a managerial masterstroke rather than a gambler’s tactical switch. Arsenal had been trailing 3-2 and some fans were heading up the gangways to get Friday night trains home when Granit Xhaka, looking a little more comfortable in his own skin at Arsenal these days, swept a ball to the far side of the penalty box where Aaron Ramsey controlled it deftly with one touch and pushed the ball beyond Kasper Schmeichel with another.

It woke a lethargic home crowd who suddenly sensed what was coming two minutes later. The £52 million man Alexandre Lacazette might have got the winner after drawing a close range saved from the Leicester keeper. From the resulting corner, Olivier Giroud – the man Lacazette is here to potentially replace – crashed a header in off the crossbar. The ball bounced out of the net but there was no doubt it had crossed the line and the celebrations began.

His name rang out, familiarly to the tune of Hey Jude, and Wenger snapped at the suggestion that he might still leave the club before the transfer deadline passes later this month.

With Giroud now full of renewed crest-kissing, that’s a lot of forwards Arsenal will have available for the campaign, particularly if Wenger stubbornly holds onto Alexis Sanchez, the injured Chilean striker who watched tonight in the stands, the cameras zooming in whenever something went wrong.

And things did go wrong before they were put right. Lacazette had scored with his first touch, a reactive header that flew into the far corner off Mohamend Elneny’s cross on just two minutes, but barely had anyone drawn breath by the time Petr Cech and the defence had been tamed by a deep cross and Shinji Okazaki had headed into a bare net.

Leicester – not too far removed in their line-up from the team that won the title two years ago – might have gone into half time leading after Jamie Vardy snaffled Marc Albrighton’s cross, but with the last kick of the half Danny Welbeck – another forward player in the competition for places – capitalised on Mesut Ozil and Kolisinac’s unlocking of the Leicester defence for 2-2.

There were restless supporters who came late and missed the first two goals, went for a half-time hot dog and missed Welbeck’s goal, and then abandoned ship before Ramsey and Giroud had their say. All bad error of judgments  in the Premier League, which will be the most fascinating in Europe if there are matches like this all season.

Leicester took the lead for the second time when Vardy, who let’s be honest isn’t the tallest striker in the league, outjumped all to head in a corner. The home fans then endured the nervous wait for the late heroics, time largely passed by watching Alex Oxlade-Chamberlain fling hopeful shots at the goal.

“Overall I must say we kept going and the spirit of the team was absolutely outstanding and overall you could say as well we were punished on every single mistake tonight by a Leicester team who was very efficient going forward,” said Wenger.

“But we had 70 per cent possession with 27 shots on goal. Leicester had three shots on target and scored three goals, so that shows you how efficient they were, but overall I must say if you look at that from a neutral point of view, for the first game it was a top-quality match. You want the Premier League to be the best league in the world and I think it has to produce this kind of game to produce interest and quality. Even people will say we conceded three goals, yes, but we scored four as well and the game was of quality.”