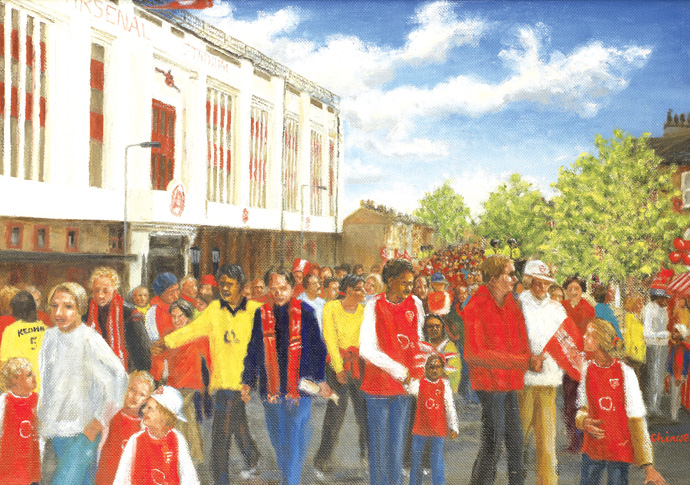 A PAINTING commissioned by Arsenal legend Martin Keown is going under the hammer next week.

Celebrated artist Chinwe Ifeoma Chukwuogo-Roy, who gained public recognition after she painted one of the Queen’s official portraits for the Golden Jubilee, was approached by the former Arsenal defender in 2004 after manager Arsene Wenger recommended her work.

The painting, Nwankwo Kanu And Other Fans On Match Day At Highbury Stadium, will now be sold at an online auction on Monday with a guide price of between £3,000 and £5,000. 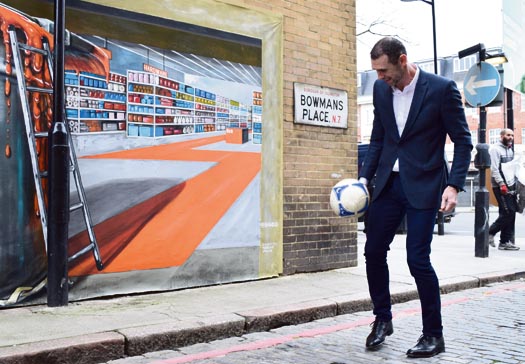 Mr Keown said: “I asked Chukwuogo-Roy to depict Avenell Road on a match day because that’s where I used to drink in the atmosphere as a youth team player. I wanted something that brought back that indescribable feeling of being around the fans, and that shared experience that makes match day so special.”

Ms Chukwuogo-Roy died in 2012. She was born in Nigeria and was a refugee of the Biafran civil war.

She moved to London in the 1970s and later studied at the Hornsey College of Art.

In an obituary published in the Guardian, writer Verna Wilkins said: “Chinwe was an ardent supporter of Arsenal FC and spent many afternoons on the terraces. She invited me to accompany her on one such afternoon.

“I was fascinated by the change in her personality. She became unaware of my presence for most of the closely fought game.”

The painting will be part of the Bonhams’ Modern & Contemporary African Art Online sale.