Arsenal held by Wolves after letting another lead slip

Unai Emery under pressure as Gunners are boo'd off again 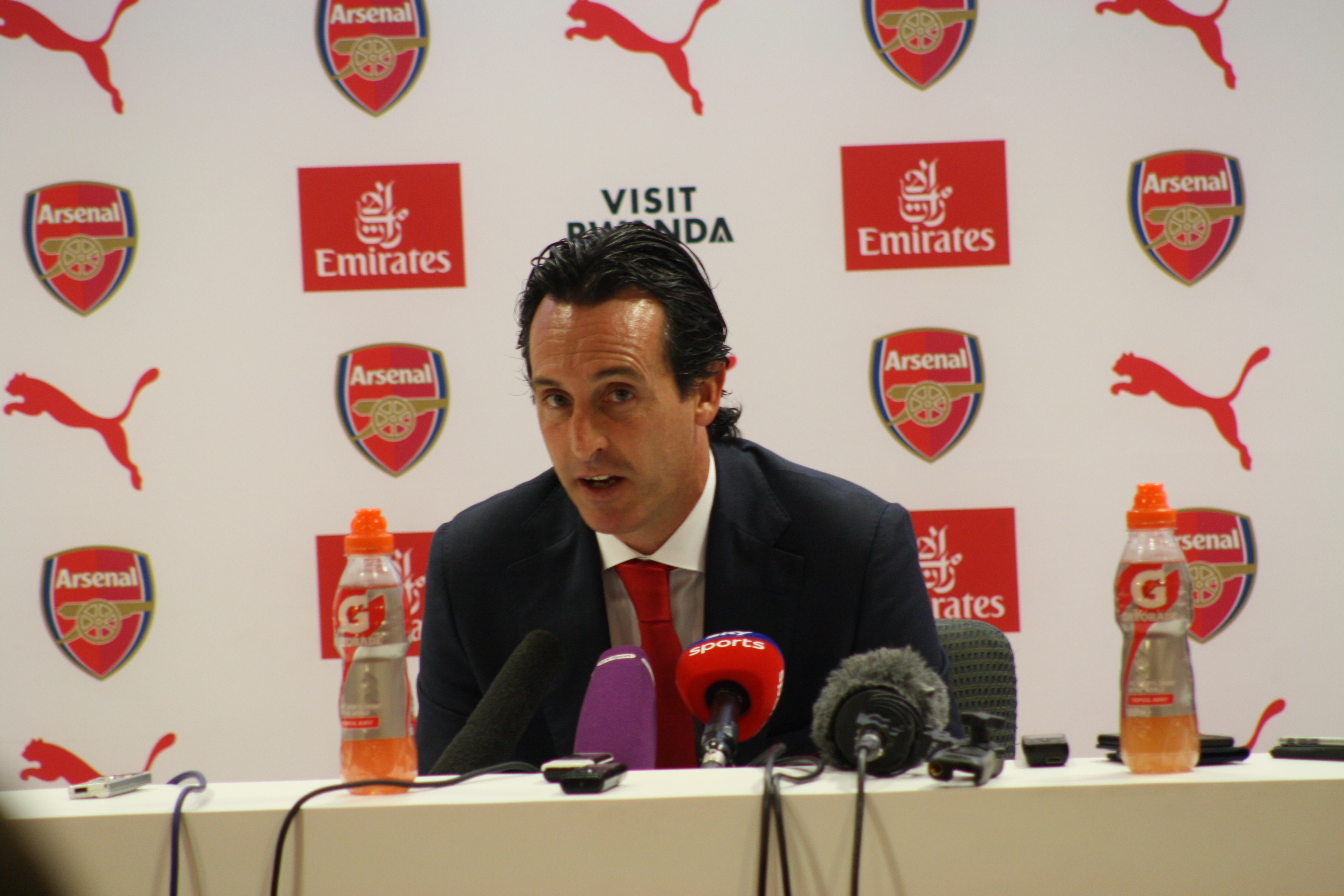 THIS may have been the match when the most conservative of Arsenal fans began to share doubts about the team’s direction.

There seems to be common consensus in the stands that the club has enough quality players to reach the top four of the division, going forward at least, but not universal belief that those players are being used in the most beneficial way.

After surrending another lead, albeit against a talented Wolverhampton Wanderers side, focus was again on Gunners manager Unai Emery’s in-play decisions. Lucas Torreira, who looked to have found his verve again as a midfield police man, was withdrawn with Arsenal leading and replaced with the more attacking cub Bukayo Saka.

For all their patience upstairs and the reluctance to make sharp decisions about personnel, it must be a worry that Arsenal trudged off from their third league match without a victory to more heckling from the home side.

This, another concern will be, was meant to be an easier section of the calendar for Emery but Sheffield United, Crystal Palace and Wolves  have all proved to be too resistant and the Gunners have seen Chelsea and Leicester escape as more likely Champions League qualifiers.

The first half goal was an intelligent passing move, capped by Pierre-Emerick Aubameyang rolling the ball into the corner of the net.

Notably, it was built on the right side of the pitch, but not via Calum Chambers, who once again seemed more comfortable defending than being asked to picking out teammates with a cross. The team is crying out for Hector Bellerin to play regularly in that position.

As we’ve seen before this season, the good work of the first half of the match was later undone. A failure to score another goal came in a match where Arsenal did not have a real effort on goal throughout the second period. Dani Ceballos was particularly ineffective.

More than predictably, Arsenal paid for this lethargy when they were caught sleeping by Wolves forward Raul Jimenez, who stole in and outjumped the defence to head home is equaliser with 15 minutes to go.

Emery, still acting out how he wants players to kick the ball with an animated display on the touchline, waving his arms and pointing a lot, now looked crestfallen. But he had no real answers, there was no siege on the Wolves goal.

In fact, Wolves, unbeaten in three fixtures against the Gunners since returning to the Premier League, came closer to snatching all three points before the final whistle.

“I am frustrated with the result and also because we lost two very good opportunities at home against two teams who we didn’t win against last season either,” said Emery aftewards, referring also to the 2-2 draw against Palace. “But I think the players tried and worked. They did all we spoke about before the game but we lost a very good opportunity after we went 1-0 up.”

He added: “We didn’t create big chances and we were closer to the second goal, but we didn’t do that. The result is a bad result, but tactically I think we worked how we wanted. The players tried, they worked, so now we need to finish that match and focus on the next one.”