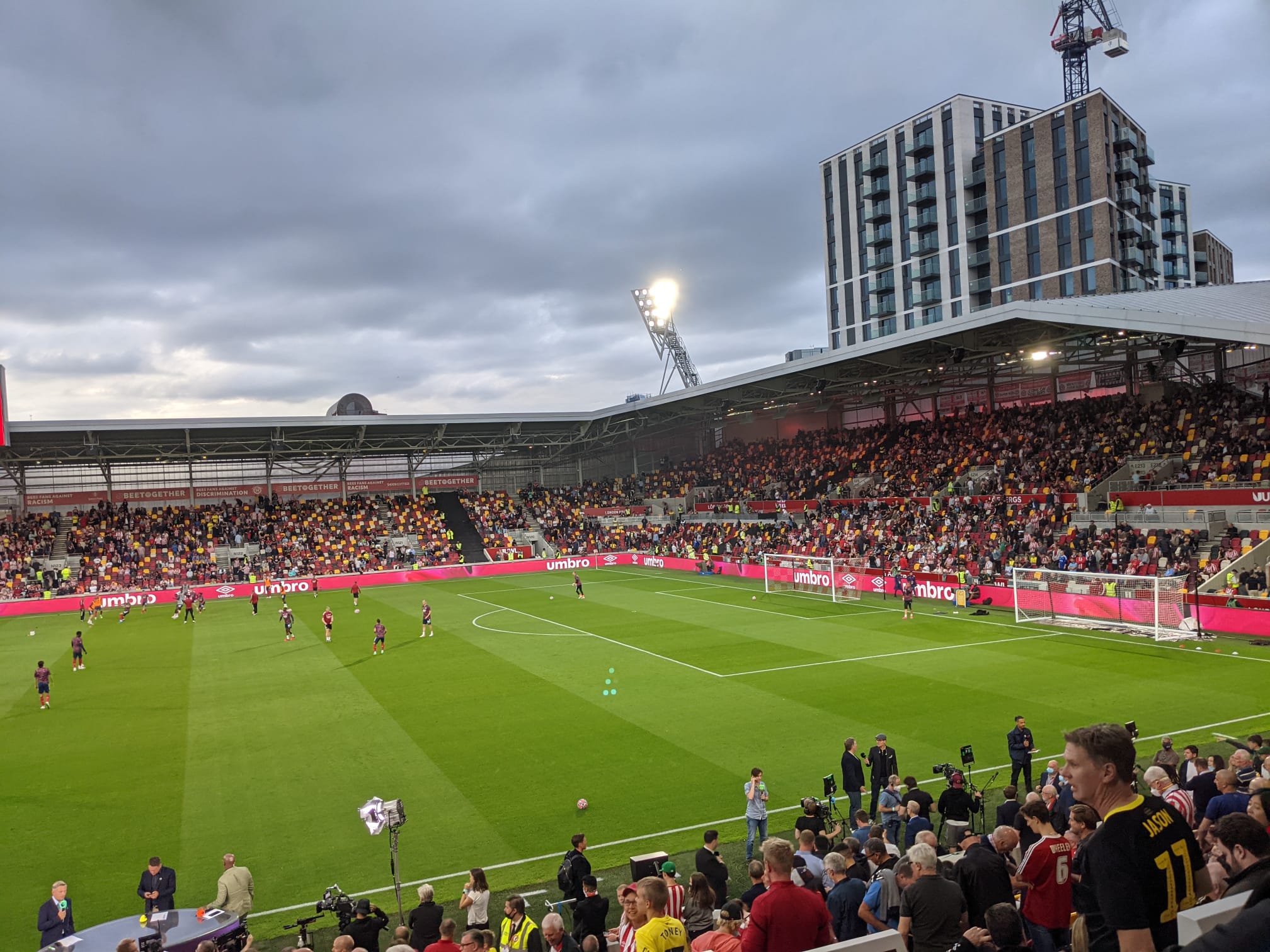 WELCOME back then. Not much has changed.

Arsenal, that team which once went a whole season without losing a game, were defeated here by newly-promoted Brentford on day on with a performance that looked like all the others from last season.

A new term, a fresh start? Forget about that idea.

And you can’t say the warning signs weren’t there. The Gunners had lost a batch of pre-season matches and have endured a haphazard transfer window in which the underperformers could not be sold – or even signed new contracts. You know who is meant by the latter.

The players that have been brought in will no plaster over the obvious wounds.

Worryingly, manager Mikel Arteta still doesn’t look like he knows his best team, what strategy the team should be adopting and worst of all: how he thinks Arsenal should go about scoring a goal.

The old cliche that they could have played all night and not scored applied at the Brentford Community Stadium.

Of course, it was The Bees’  big night – a first top flight match since the 1940s but a club the size of Arsenal should be able to deal with some opening night fireworks.

They never really got on top of the situation in a first half in which a forward pass was a rarity. The predictable tactic of Granit Xhaka passing the ball left to  Kieran Tierney, followed by a bouncing cross,  can’t be all they have in the tank.

It was characteristic sleepiness that handed Brentford their goals.  Calum Chambers’ dozy attempts to clear the ball midway through the first half fell to Sergi Canos. He quickly ripped a shot past Bern Leno.

Welcome to Arsenal, Ben White. He had a front row seat to how the Gunners rearguard can switch off at any given moment,

Once ahead, Brentford simply grew in confidence and looked the better side for most of the match. If Bryan Mbeumo had been more clinical up front,  then they could have had the match sealed by half time.

There was a reaction from Arsenal in the second half but it was hardly one that  pulled up any trees. Emile Smith Rowe threw in some promising touches and,  of course, Bukayo Saka looked alert when he was summonsed  from the bench.

But the truth is, a lot of it was desperate and many of their colleagues  looked like they were the ones who had spent careers in the championship league or lower.

One of the saddest elements was a sheer lack of invention or  ingenuity. By the end of the game, nobody knew who was playing in attack. It was a tactical mess.

It wasn’t a surprise then when Brentford clinched the three points. A throw on was this time Arsenal’s undoing: three of them couldn’t handle it and Christian Norgaard accepted the gift.

Even the £50 million new defender Ben White looked like he had already been infected with the Arsenal tendency to dither.

It’s going to be a long, long season.