ARSENE Wenger must make a last-ditch decision on whether to start Alexis Sanchez this weekend when Arsenal welcome Manchester City to the Emirates Stadium in the Premier League.

The Gunners’ boss had said that Sanchez’s right ankle was in “an absolutely terrible state” following a foul by James McClean during the 3-1 defeat at West Brom a fortnight ago.

Fears of possible ligament damage were soon forgotten, however, as the forward twice played a full 90 minutes for Chile during the international break, matching Marcelo Salas’s goalscoring record for La Roja in a 3-1 win over Venezuela on Tuesday.

Although seemingly, and suddenly, fit again, Sanchez could still start Sunday’s game against Manchester City on the bench. He isn’t due to arrive back in London until Friday, which doesn’t leave him much time to recover from his latest 7,200-mile journey.

Sanchez gave a rare insight into his upbringing this week, revealing that his love of the game has seen him play in goal, and even “in jail”.

“I wanted to be a footballer from when I was small,” he told Arsenal Player. 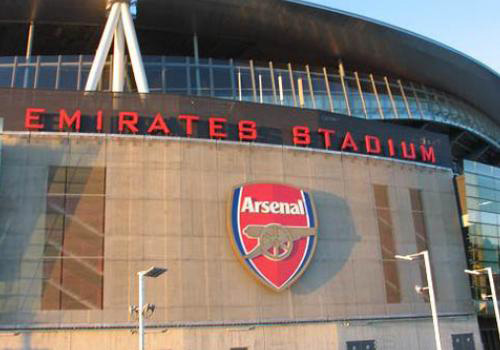 “My mental approach was always to win and to go as far as possible playing football.

“I was always playing in tournaments and initially I played in goal. I was happy as long as I was playing football.

“I played with older people all the time – many of whom I really liked.

“I played in the street, and we also used to go to the local jail to play,” Sanchez added. “We played with the people there on a dirt pitch, and, again, I played in goal.”

Meanwhile former Chelsea and Bayern Munich midfielder Michael Ballack believes Mesut Ozil may be waiting to see if Arsene Wenger stays at Arsenal before extending his contract at the Emirates.

Speculation surrounding Ozil’s future at the club has intensified of late, with the player’s current deal in north London due to expire in less than 18 months.

“It is difficult to say if he should stay at Arsenal or not,” Ballack said in an interview with Sky Sports.

“A player like him, who has played for Real Madrid and now Arsenal, and who knows the Premier League and La Liga, he has his own feeling and experience.

“There are not many clubs where he can go now and who can afford him. I think he needs to feel comfortable with the decision that he makes.

“But it also depends on what Arsene Wenger does. They have a good relationship and maybe that is why he is waiting a bit.”