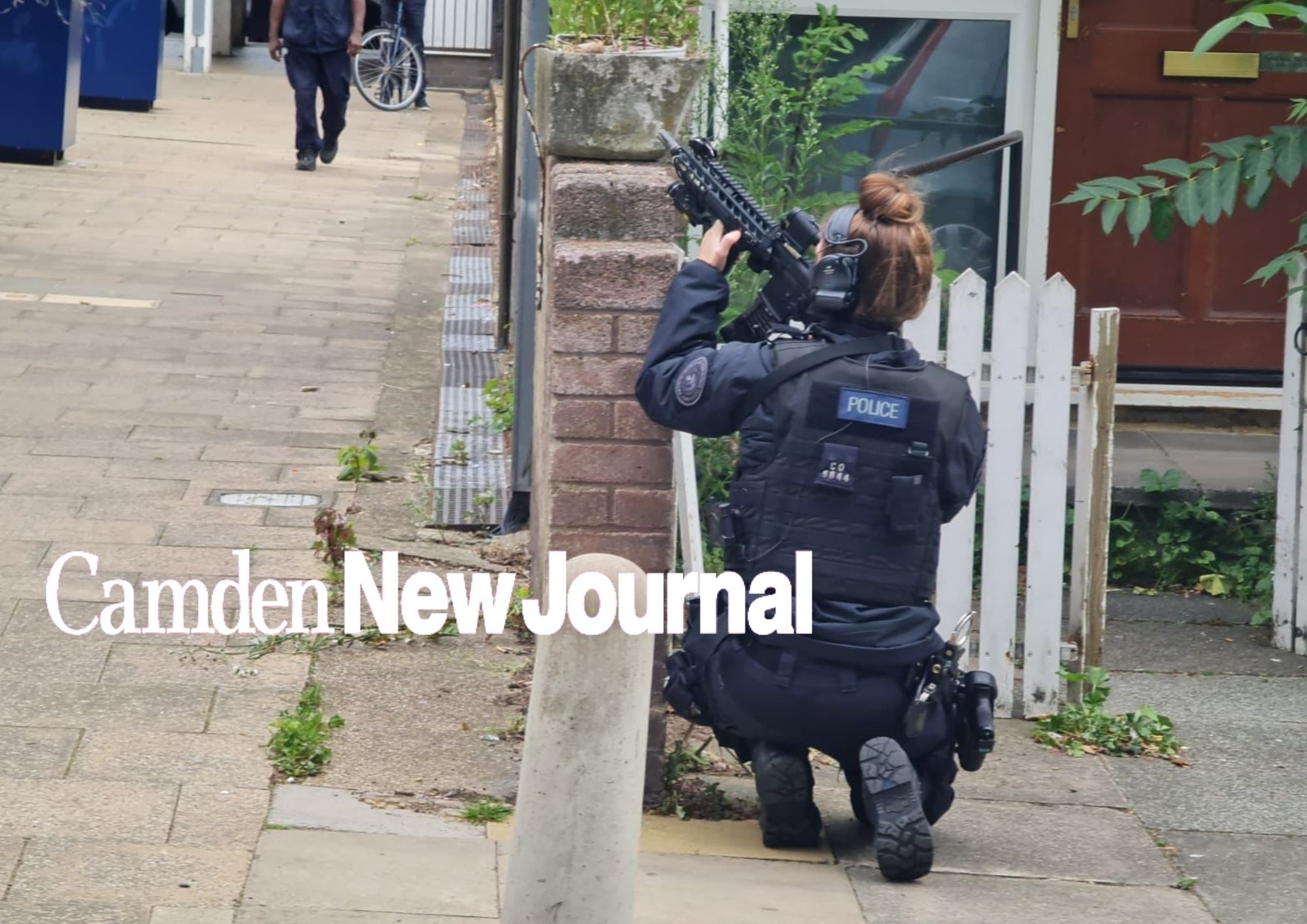 ARMED police were this morning (Thursday) involved in an operation on the estate which saw four people injured in a shooting last weekend. 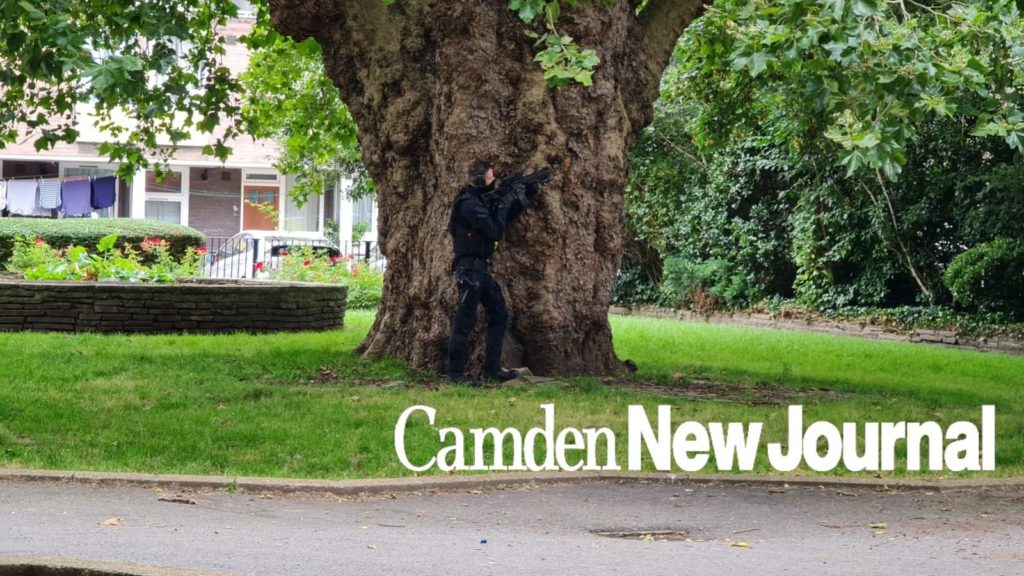 An officer takes cover behind a tree in Clarence Gardens

Officers were seen gathering on Robert Street, near Clarence Gardens on the Regent’s Park Estate shortly before 11am on Thursday.

Eyewitnesses saw them enter a block in Compton Close, which runs between Robert Street and Clarence Gardens. Officers were later seen outside a flat on the third floor.

Residents told the New Journal at a meeting on Wednesday that they believed a flat in the block was used by party goers on Saturday to provide power for music speakers.

Scotland Yard said the operation was in relation to the shooting, but was unable to give further details at lunchtime. 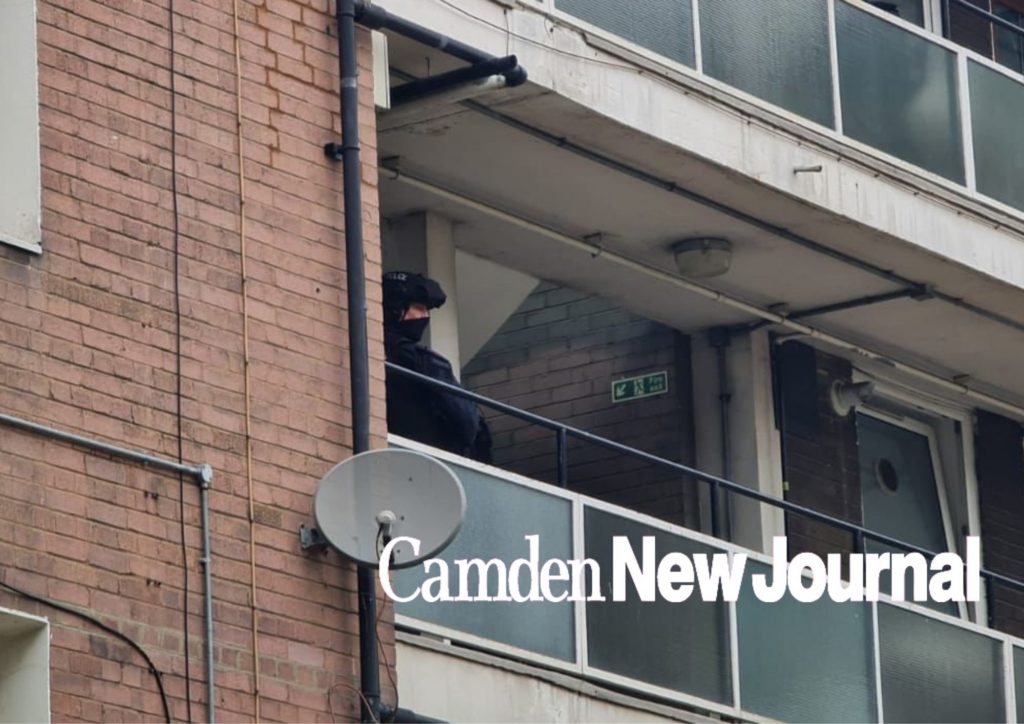 One eyewitness said: “I was coming out of the post office and saw them all lining up, like they do. We saw some of them walk down Compton Close so we followed them and came down here.

“There was a police officer with a gun pointed at the block (pictured), who told us to move on.

“When they got here they just started shouting ‘police’, there wasn’t any bangs. They weren’t as aggressive as they were shouting.

“It was the sort of thing you see on TV, but you’re used to raids all the time around here. It’s not good. I moved here ten years ago and I have never lived on an estate like this before, it’s definitely got worse in the last few years.”

Three people were arrested earlier this week after the incident on Saturday, where a drive-by shooting happened at a barbecue in the gardens.

All of the victims were not considered the intended targets and were instead hit in the crossfire when shots were fired from a car.

A 22-year-old man was held on Tuesday on suspicion of possession of a firearm with intent.

This was followed on Wednesday with the arrest of two teenage boys. One, aged 16, was arrested on suspicion of possession of an offensive weapon and robbery. He was later arrested for possession of a firearm with intent.

UPDATE: A fourth man has now been charged over the shooting. A 22-year-old was held on suspicion of possession of a firearm. Police did not say if this was related to the operation on the estate this morning.