Anti-traffic measures set for ‘trial’ in 2022 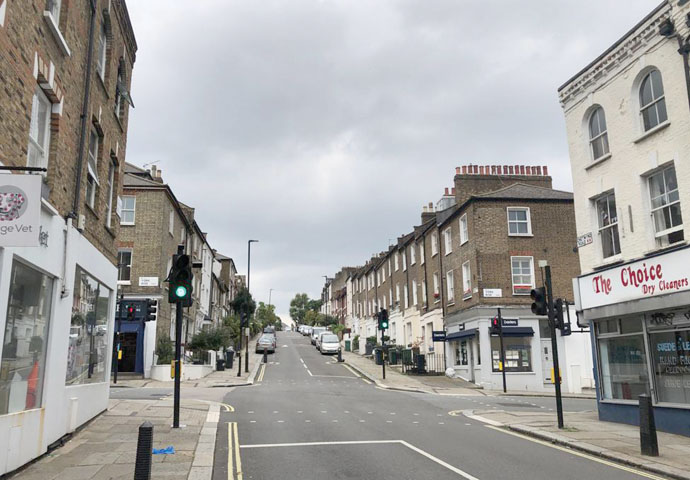 CAMDEN has said anti-traffic measures will be trialled in Dartmouth Park next year, in response to a plea for a plan to help tackle dangers posed by air pollution and traffic to families in the area.

Steve King, who led a deputation of Dartmouth Park residents, asked for a scheme to be unveiled or introduced before the end of 2021 for Dartmouth Park roads, York Rise, Spencer Rise, Churchill Road and Chetwynd Road.

He claimed that Chetwynd Road, which is used as a cut-through between Highgate Road and Dartmouth Park Hill sees about 2.5 million vehicles each year, which is comparable to Portman Square in central London.

Mr King called for meaningful change and for an LTN, lower traffic neighbourhood, to be introduced.

In response Camden’s transport chief said that, pending funding, a scheme would be put in place next year.

Mr King said: “For over 30 years residents of Dartmouth Park have asked Camden to address the through-traffic problem on our narrow, residential, roads. They continue a prioritisation of traffic over people which is a discriminatory and unsafe environment for residents.

“This is not a rush-hour issue or a certain direction or a weekday issue. All the data shows this is an all day and night issue and at no point is this level of traffic acceptable for a local road.”

He added that a survey had found 81 per cent of residents had supported the changes.

“[They are] demanding a liveable community, where residents can raise families without risking their lives to air pollution or road dangers.

“You’ve asked us to wait for too long for this change and we’re seeking a commitment for tangible action before the end of 2021.”

Similar schemes have proved controversial across the UK after a raft of them were introduced during the pandemic in a bid to cut down on car travel, with transport bosses believing the risk of Covid-19 would see people getting off public transport and reverting to car use.

Since then roads have been blocked off to cars, including Arlington Road and Queen’s Crescent. Segregated bike lanes have been introduced in Kentish Town Road, St Pancras Way, and will soon be added to Haverstock Hill, the latter proposal proving unpopular with residents in the face of a council that has been unapologetic in its moves to install the routes to increase walking and cycling.

Camden’s lead councillor for transport, Adam Harrison, warned that the area is complex, but said something would be trialled next year.

He said: “In principle we have a vision in Camden for a network of quieter neighbourhoods connected by busier roads that are safe for cyclists and pedestrians, and this would fit into that vision.

“We need to get the detail right and you referenced having well thought out, well planned, proposals coming forward.

“All of this means it’s probably next year that we’re looking at trialling something because we have to do all that work and take time to engage with residents on this.”