Anger at spate of plant thefts

£100 worth of greenery is gone 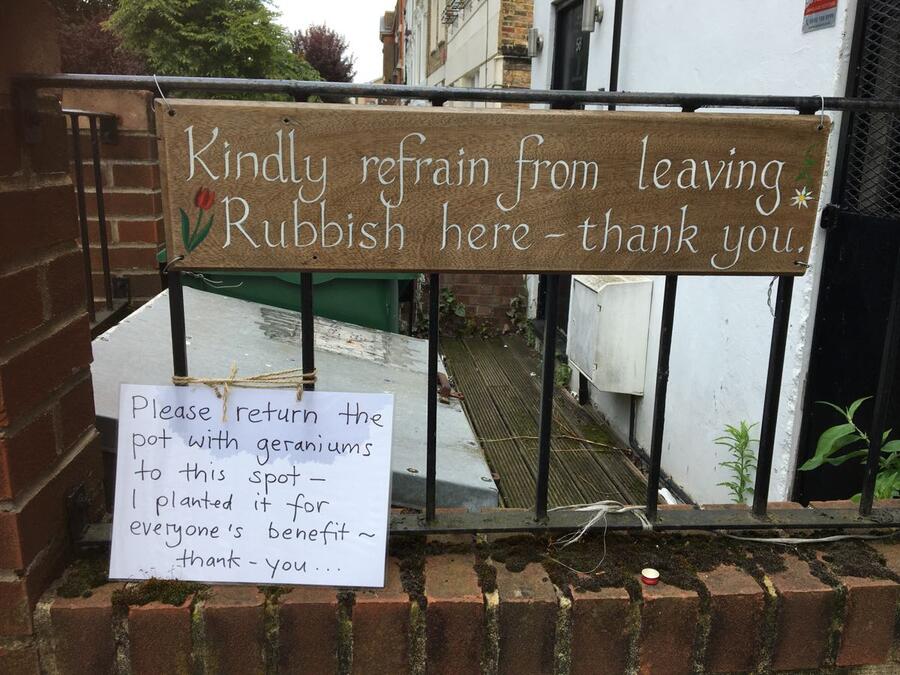 Please bring back the geraniums

GARDENERS have been left frustrated after a string of plant thefts, writes Isabelle Stanley.

Anna Caffrey said £100 worth of plants and pots were snatched from her windowsill in Savernake Road, Gospel Oak, on Thursday.
Her family had planned to plant them in their garden that day.

She said: “At some point in the night someone came and took all but two of the plants and the pots.”

She said her two children, who are three and six, had felt terrified “in case the thief came back and came into the house”.

Another resident in the road said they saw a man entering people’s front gardens and leaving with “plants or other small things”, but they were unable to take a picture.

Ms Caffrey said: “It never occurred to me that someone would steal plants. They must be desperate, I just hope they need them more than we did.”

There have also been reports of plants going missing in Kentish Town, while a Queen’s Crescent resident said a pot and geranium had been taken.

The resident who had planted the geraniums did not want her name to be published, but she said: “I just wanted to make our street pleasant. Now it’s been stolen, I’m appealing to people’s conscience, and asking them to return the plants.”

She added: “The council has to do more to increase people’s pride in their area. If they did that crimes like this, and littering, wouldn’t be so much of a problem.”

Neither thefts was reported to the police as residents “did not think anything would be done about it”. However, Ms Caffrey is now considering getting a camera for her front garden.