The groom from Sweden; the bride from Russia – brought together by our video 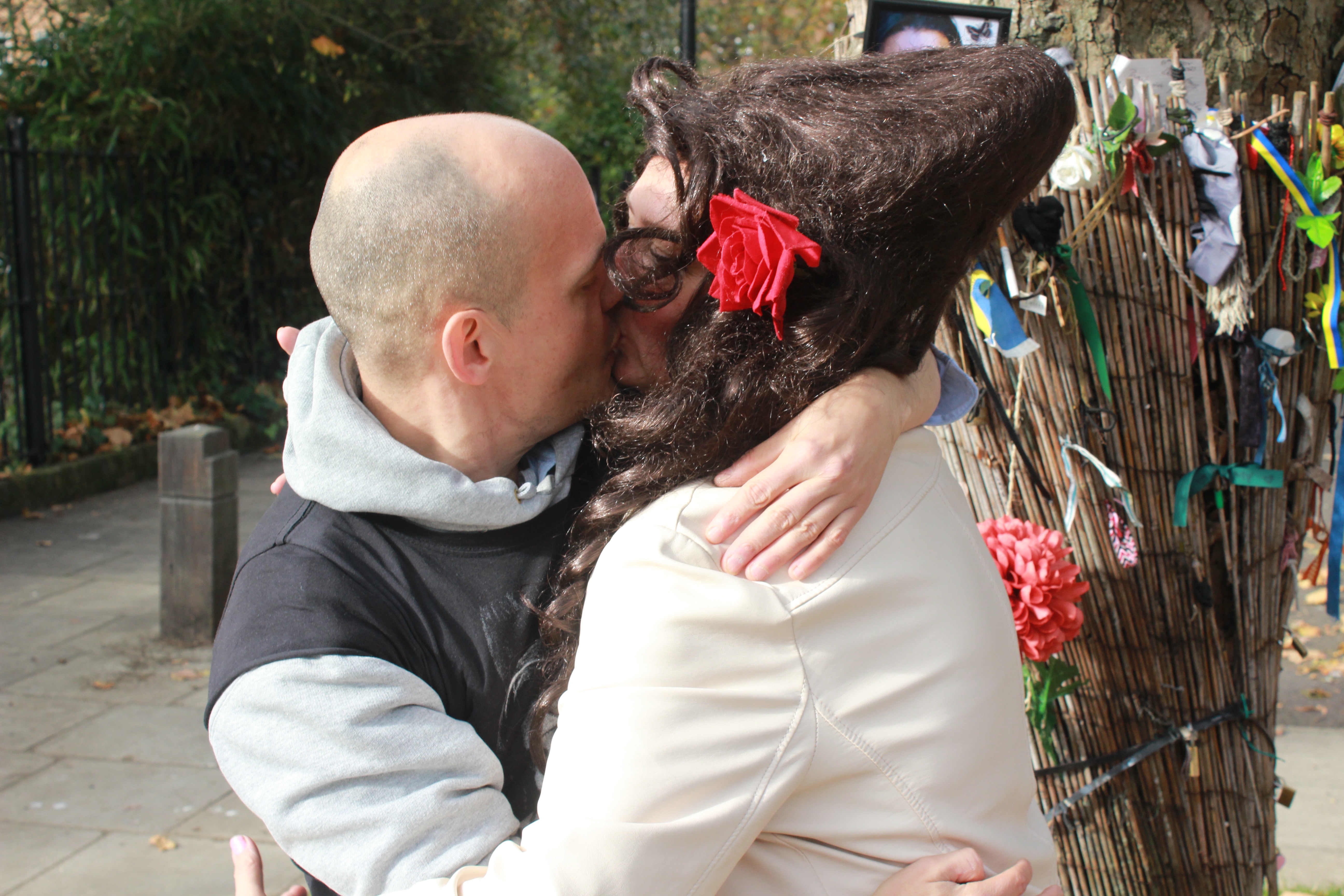 TWO Amy Winehouse super fans – one from Russia and the other from Sweden – who got married have thanked the New Journal for helping them find love.

Emiliia first clapped eyes on Christer Gustafsson in a short online film we made of him proudly showing off his tattoos of the singer in Camden Square back in 2015.

He had travelled to London to mark the anniversary of her death. Emiliia, a nurse from Moscow, said: “I saw Christer on the CNJ’s YouTube and I knew straight away I wanted to write to him on Facebook.

“I felt a little sad, because I couldn’t think what I would scribble. So I just said: ‘Hey, do you want to sleep in my bed?’ I was thinking humour was the best way to go.” 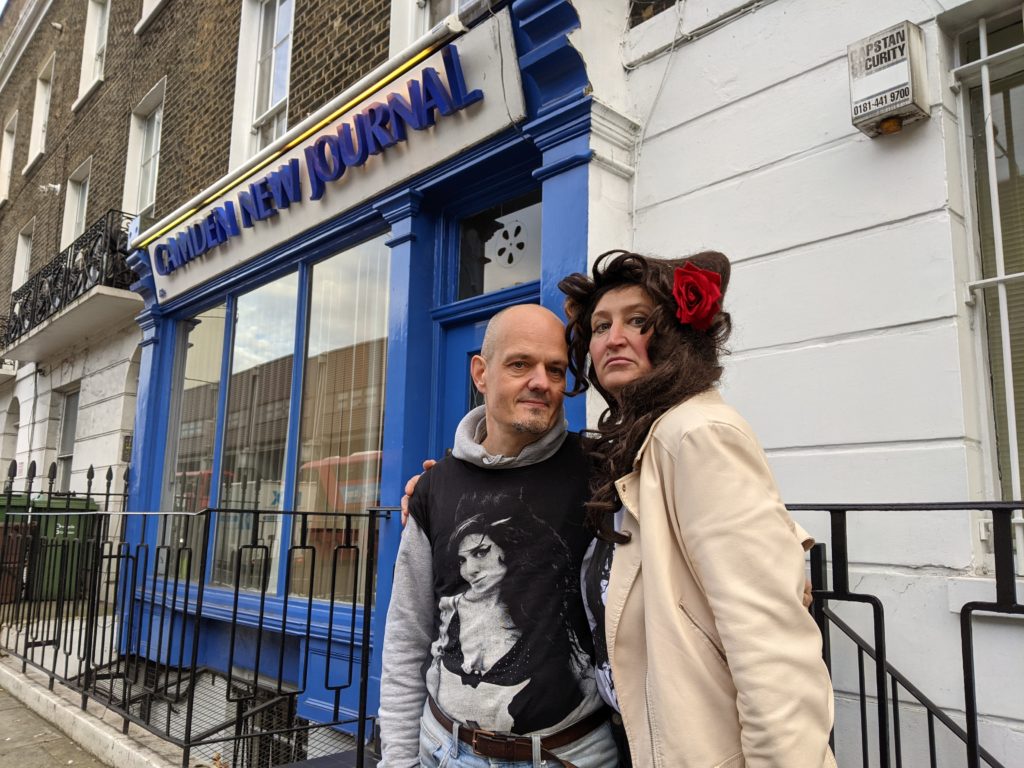 A unique pilgrimage to the CNJ’s office

She added: “It’s because of your newspaper that we are together. We could never have imagined this dream would come true.”

Mr Gustafsson, a counsellor in a school in Stockholm, said: “It’s really extraordinary when you think I went to Camden to celebrate Amy, and one day one woman from Russia wrote to me saying would I like to meet up. Of course I was very nervous going over there, I thought maybe I was going to die.

“But a couple of days before I went, I got this idea to say: ‘Do you want to marry me?’ She said yes.”

Emiliia went to Stockholm and the couple were later wed in a community hall. Amy’s parents Mitch and Janis were invited, but did not attend because of the long distance, the couple said.

Still happily married six years later, they were this week in Camden Town together for the first time after saving up to stay for two weeks. 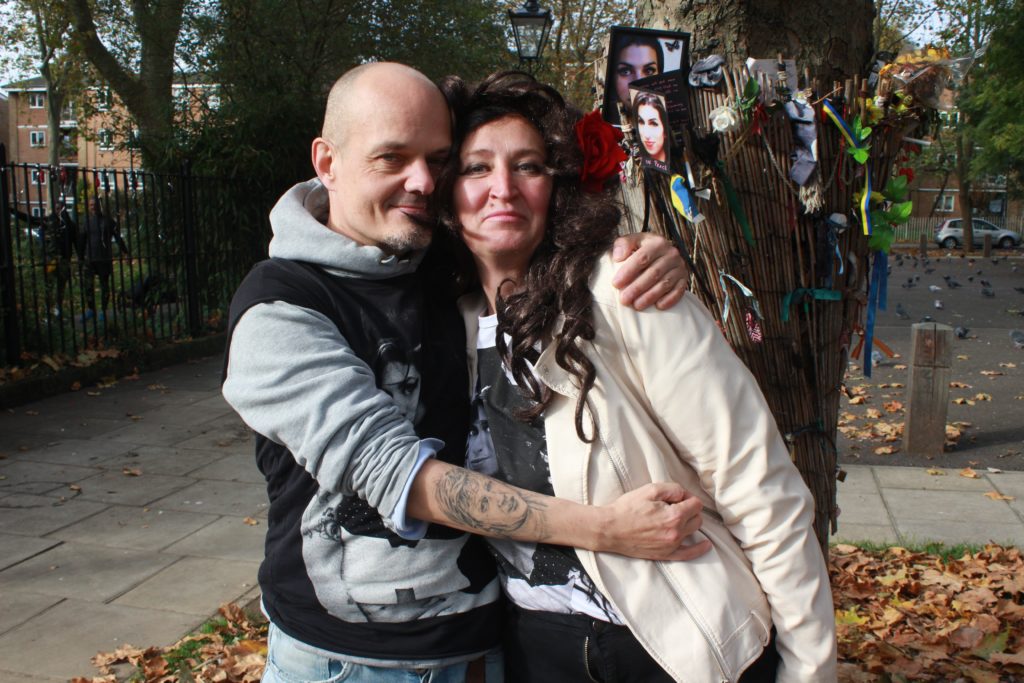 The couple have been to see Ms Winehouse’s grave in Edgware, the statue in Camden Market, her home in Camden Square – and the New Journal’s offices.

Mr Gustafsson said: “It has taken us a long time to come here because we had to save up a lot of money to come. “It was not possible to come in July for the 10th anniversary because of the pandemic. That would have been the best.”

He added: “It gets quite difficult for me when I go outside Amy’s old house in Camden Square. It’s where I was when the CNJ journalist took the photo of me first ­– and it’s how I met my wife.” 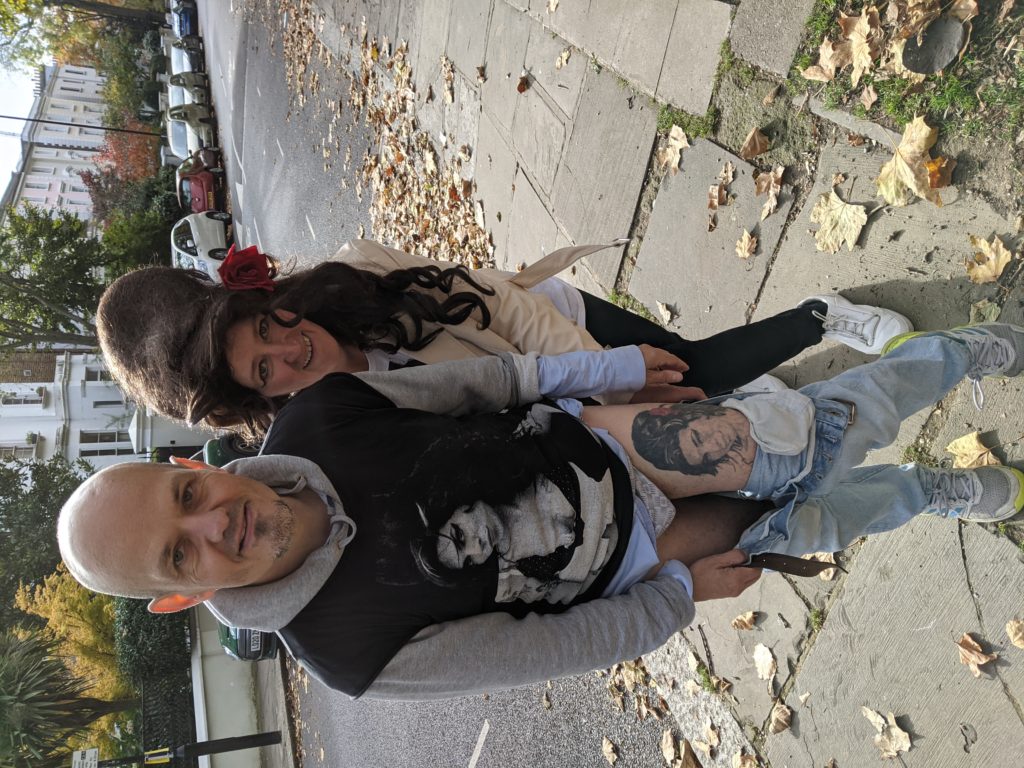 Mr Gustafsson surprised our reporter by revealing another tattoo

Mr Gustafsson said he had gone through some similar struggles as Ms Winehouse, who died in 2011, and that the music had spoken to him on a special level.

He said: “Many people talk about her as just a jazz singer, but she had a lot of blues in her voice too. For me, her music punched straight into my heart. I was thinking ‘this is me, my story’.

“The more and more I read about Amy I understand the pain of her music and her recovery. When you understand that, it is means so much more. “I can tell you Amy was a big hero because of her struggle with drugs and alcohol. This has 100 per cent respect from me. I know how difficult this is.”

He said he raised a non-alcoholic beer to her in the Hawley Arms during this trip this week. 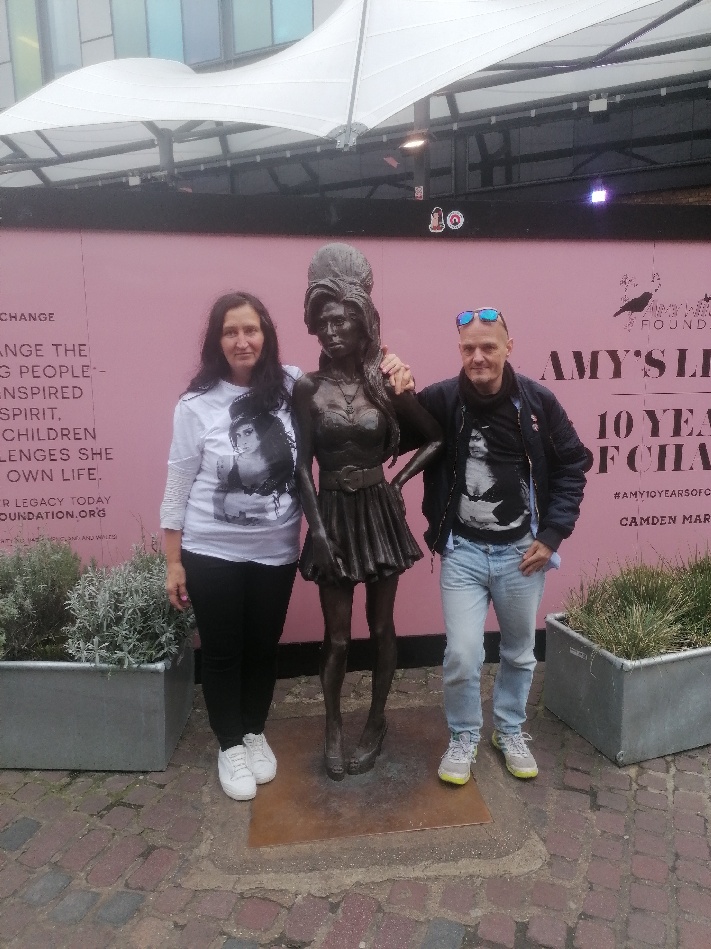 Emiliia first heard Amy’s music back in 2006 when Back to Black was released to worldwide acclaim.

She said: “I have a daughter. She is 29 now. But in 2006 she listened to that Back to Black all the time. She was a big fan then. In Russia, so many loved Amy at that time.

“But then I became the bigger fan. In Russia, people would come up to me all the time saying I look so much like Amy. I thought people would not forget her, if they saw me. People would go on to remember her.

“I have always had this dream of going to Camden Town.”