All Arsene Wenger wants for Christmas…

OPINION: Will Santa bring the Arsenal boss a new goalkeeper, two decent centre-backs and a centre-forward? 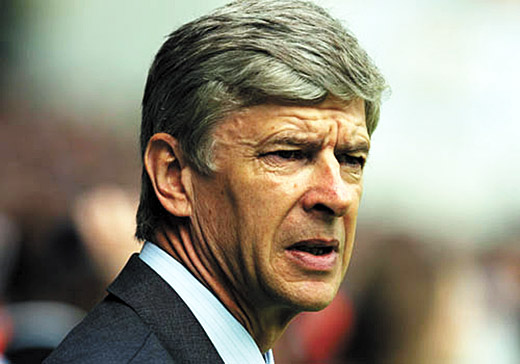 THE Christmas adverts are out – to which the natural response should be a yell of “save it for December.”

Our lost nation, however, has made it a habit to get inexplicably excited in November about “the John Lewis ad”. So much so, on the day of its release last week, you could watch it on all of the major newspaper websites. In fact you had to watch an ad for five seconds… before you could watch the ad.

In the end, a smushy monster under a child’s bed was the best they could come up with. Stop me if I’m wrong, but a more relevant idea would have been the ghost of Christmas past Arsene Wenger coming to work in the rain, perhaps, shot with noir grading and somebody slow-singing an acoustic version of Go West.

It looks like he has nothing but memories this Christmas when all of a sudden there is knock at the door on the big day and Santa has left a goalkeeper, two decent centre-backs and a centre-forward.

And it’s all OK, because they are gifts and Arsenal do not need to part with any cash to have them. The magic of Christmas, a broad smile appears and the music fades away. Never knowingly underspent. Poignant.

• ALSO coming to TV for the hundredth, unimaginative year in a row is I’m A Celebrity But Not Famous Enough To Turn Down being locked in a cabinet full of bugs.

Again, the release of the line-up was treated as a major news event, and the BBC website told us who’s who by publishing a list which included the reason for their supposed fame. “Dennis Wise – ex-Chelsea hardnut”, the article explained.

I wondered if that’s what he had put down as his profession on the forms, ‘ex-hardnut’, a bit like the way Paul Ince used to brag too insistently about how he was called “the guv’nor” while at Manchester United, a claim to which the only possible reaction from his team-mate Roy Keane – or in fact anybody with a voice simply one octave deeper than Olaf the snowman – must have been an uncontrollable belly laugh. Despite being a self-styled “hardnut”, however, Wise – 5ft 6 – does represent a nicer Chelsea, leaving two years before the club was flooded by money and bought its way to near overnight success. Good luck to him.

• I CAN’T not mention the north London derby this weekend.

Spurs, for the first time since you were born (dear reader it doth matter not if you are eight or 60), Tottenham are favourites to win away at Arsenal. I’ve seen their fans discussing which XI will rack up the bigger score: Winks or Dembele. There is a division in the Arsenal camp too: Wilshere or any other midfielder, 60,000 fans inside the Emirates on Saturday want the former, one guy on the sideline in a puffa coat thinks the latter.