Alfie Bolo is back! Cat back home safe after being missing for a month

Bolo vanished after falling from a window 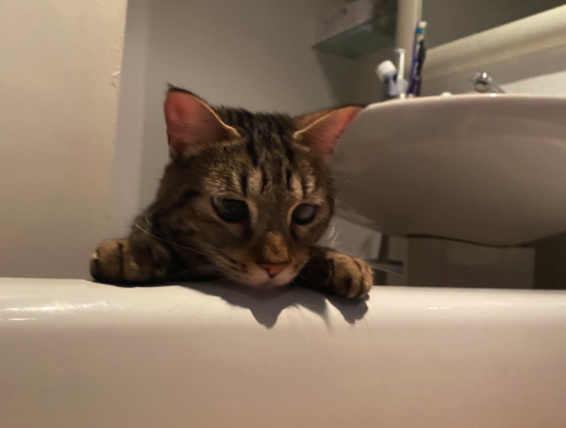 Bolo in the bath

ALFIE Bolo is back home safe and sound after a month at large.

The cat – who grew up living in the sewers of Madrid, Spain – scampered off more than four weeks ago after falling out of second floor window in Ormonde Terrace, Primrose Hill.

After the New Journal raised the alarm last week, he was discovered in St Edmunds Court by a child who had seen missing cat street posters put up by its owner Ana Del Canto.

Ms Del Canto said: “The little girl was very aware that he was missing, she had been looking for him with friends and everything. Her family called up on FaceTime and we saw it was definitely Alfie Bolo. He was in St Edmund’s Court, just around the corner. That’s where we looked more than anything.”

She added: “He’s lost a lot of weight, and he has some ticks. But we just so happy, and we’re really grateful to so many people helping out and stuff.”

Alfie Bolo – who is blind in one eye and gets his name from the Spanish for bowling ball – was on the way to the vet this afternoon (Friday).