After lifting Challenge Cup, Sunday side will also win league if their rivals slip up 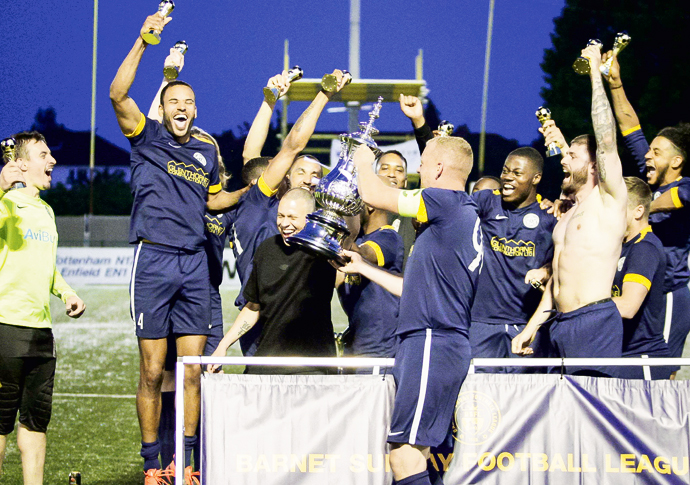 THE extra bottles of champagne are on standby with Highgate Albion’s first-team on the brink of securing a spectacular league and cup double.

Corks have already been popping after Albion beat AFC Oakwood 3-1 last Tuesday, to capture the Barnet Sunday League Senior Challenge Cup. It was a record-equalling win for the team from N6 as they joined Imperial and Conyers Park in lifting the prestigious trophy for a fourth time.

And now the players are anxiously waiting to be confirmed as Premier Division champions, too.

They have already wrapped up all of their fixtures and sit six points clear at the top of the table. But third-placed Takers FC could match Albion’s 40-point haul if they win their remaining two games.

Albion can be cautiously optimistic of retaining their league crown as Takers, who play AC Finchley this weekend in their penultimate game of the season, also need a 19-goal swing in their favour to topple Highgate’s superior goal difference. 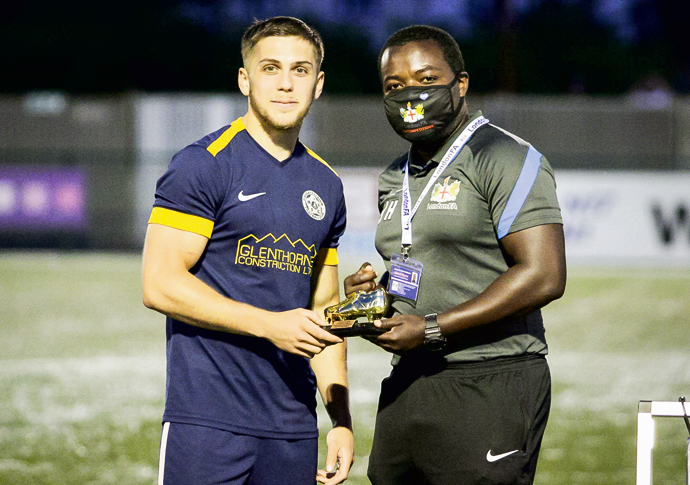 For the Albion players the wait will be one of celebration after their Challenge Cup final heroics at Coles Park, home of Haringey Borough FC.

A crowd around 400-strong saw Pele Riley break the deadlock with a 25-yard screamer into the top corner. Excellence Muhemba doubled Highgate’s lead when he added the finishing touches to a well-worked attack.

AFC Oakwood pulled a goal back through Charlie Ruff, but Albion weren’t to be denied their glory.

Jake Cass came off the bench to wrap up a 3-1 win, beating two players before finding the back of the net from all of 20 yards.

Capping a memorable debut season with Albion, Luke Alfano collected the man-of-the-match award for a tireless and selfless performance at the heart of midfield.

“It’s always nice to win trophies in football, wherever you’re playing, so to do that in my first season with Highgate makes it even better,” said Alfano after the game.

“As a team we know it’s been a tough season, particularly not starting as well as we could have in the league.

“So I’m happy to finish the season strongly in the league as we have done, as well as winning another trophy for the club.

“On a personal note, to get my first trophy in men’s football and help the team with a man-of-the-match performance makes me even more delighted.”