Albion aces are up for the cup again 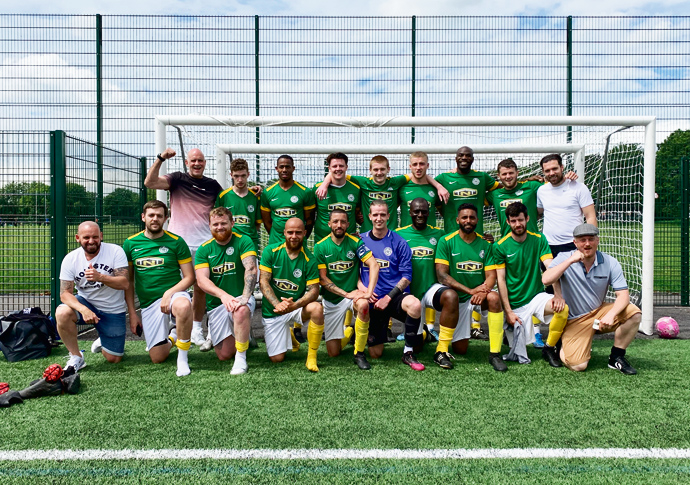 HIGHGATE Albion 3rds put in a clinical second-half showing to move within one win of getting their hands back on the Middlesex Junior Trophy.

But Albion’s semi-final showdown against Farr FC at St Aloysius Playing Fields in Highgate on Sunday wasn’t as carefree as the 3-1 scoreline at the end of the match suggested.

The Barnet League side had to kick off with centre-back Patrick Barrett in goal after their first-choice shot-stopper, Jonti Purdom, got stuck in traffic.

Barrett didn’t let his teammates down as he kept a clean sheet for 15 minutes before Purdom arrived, much to the relief of Albion manager Gareth Brooks.

And Brooks’s nerves were tested even further when the home side had not one, but two goals disallowed for offside.

After a goalless first 45 minutes, however, Albion’s dominance finally paid off in the second-half as two goals from Alan Callaghan and a strike from Alfie Louch put them 3-0 to the good. 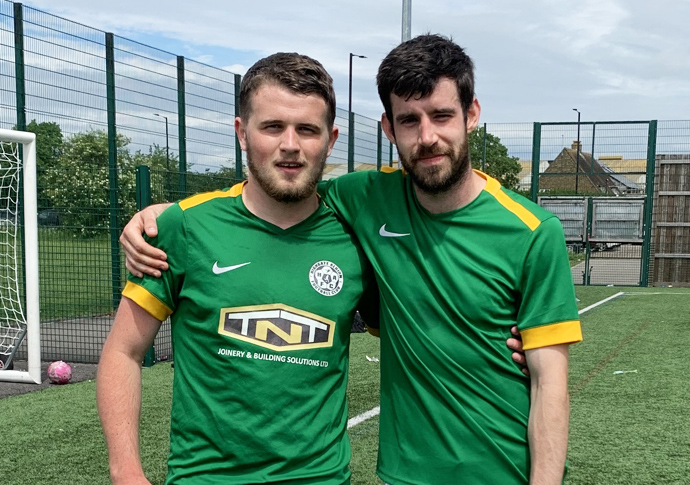 Farr FC managed to pull a goal back with 10 minutes to go, and almost scored a second to set up a nervy finish, but Albion held firm to progress to the final.

Brooks, who guided the N6 boys to the Middlesex Junior Trophy in 2019, said after the final whistle: “A special mention to [stand-in] captain Nathan Rosel for a man-of-the-match performance.

“He organised our back line and kept the team ticking over throughout the match.

“It’s worth mentioning that everyone played their part in helping the team reach the final.”

Albion will now take on Hampton Terriers at Rectory Park in Northolt, west London, in the final on Sunday, June 27.

Captain Jamie King is facing a race to be fit after missing the semi-final through injury.

“It’s always frustrating being injured, especially when it’s in the build-up to a final,” he said.

“Hopefully I can start to see the light at the end of the tunnel and be fit in time for the final. If not I have all faith in Nathan, who has done a brilliant job in my absence captaining the side.

“If I can’t make the final I will definitely be there from the sideline kicking every ball and every header with them.”