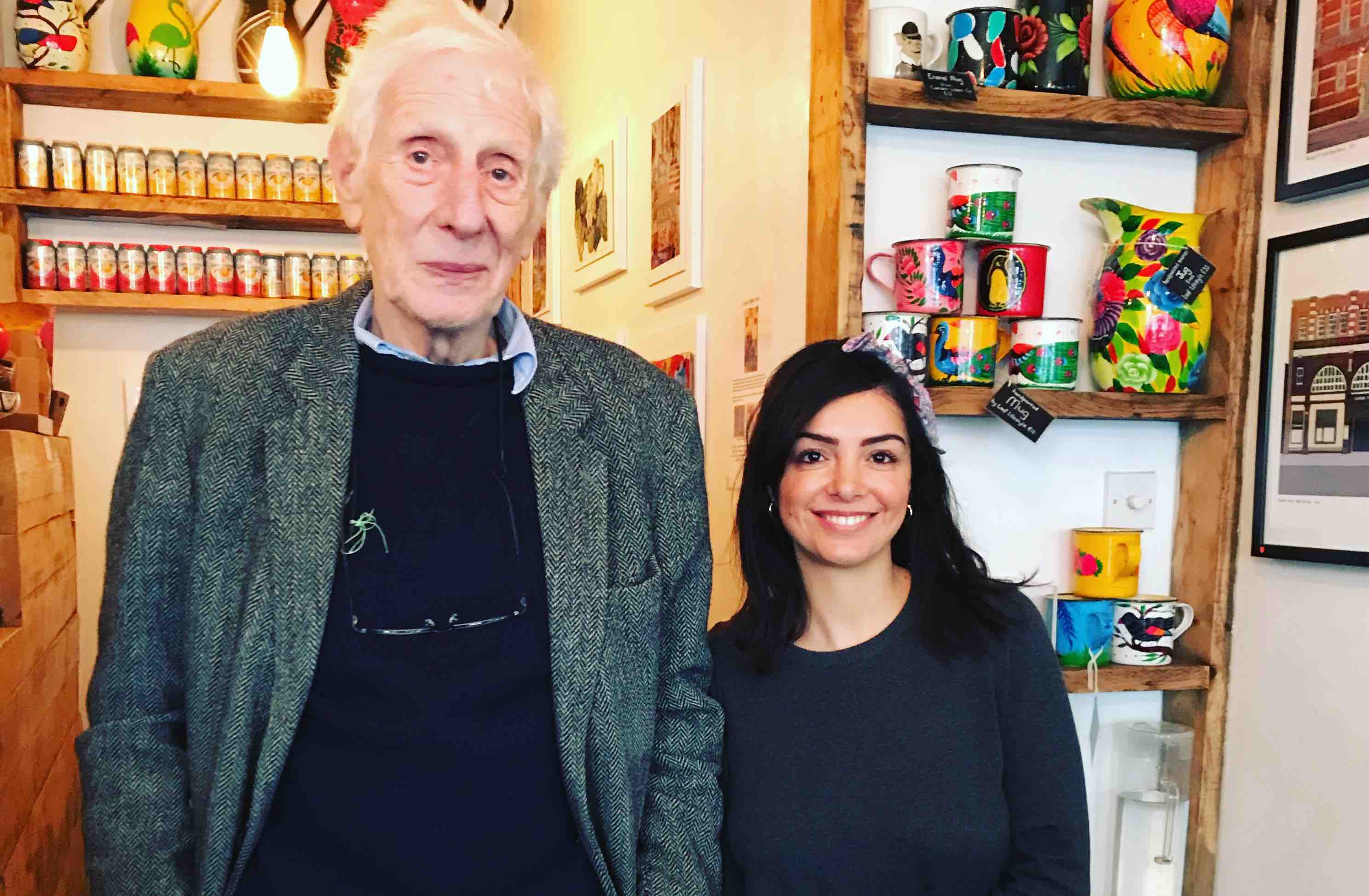 FROM curating major shows at the National Gallery to directing theatre and opera, Sir Jonathan Miller has blazed a trail across the UK’s cultural landscape for more than six decades.

But now the celebrated writer, director and artist’s latest works are on display in a slightly smaller venue – his favourite coffee shop in the heart of Camden Town. While his artwork has been displayed in major galleries and bought for large sums by the likes of Sir Elton John, some of his more affordable pieces are on display and up for sale at the Coffee Jar in Parkway.

“It is a great local coffee shop and they always have art on display,” said the Beyond The Fringe star, who lives in nearby Gloucester Crescent. “We felt it would be nice to have work there, and that it would be more accessible. They have become a good talking point in the café.”

Over 60 years, Sir Jonathan has directed plays at the National Theatre, worked with his old neighbour Alan Bennett, presented documentaries and written, but all the while he has created abstract art. He told the New Journal: “The juxtaposition of different shapes and angles has always fascinated me. I like the idea of putting together bits and pieces from different places, different levels that together become rather intriguing. They start off as fragments and then become something else in their own right.”

He says he has always been influenced by the work of abstract artists who came to the fore in the 1930s, and has in the past produced large-scale sculptures using a variety of mediums, including scrap metal and wood. These latest works use photographs he has taken of structures such as buildings that he found interesting – and then working from his home studio, made them into new forms. Other pieces include a paint-splattered glove from his studio.

“By taking images away from what they were originally part of, I can create a new piece,” said Sir Jonathan. “They have no distinct relationship to one another at first. I am always looking for materials to use, to turn into something else. It is simply something I have always done.”

Coffee Jar owner Maria Moisis told the New Journal she was thrilled when Jonathan’s son William, a regular, suggested she may find room for his father’s work. She said: “He and his family come in for coffee and, because we always have a display up, we

started talking. Everyone here knows Jonathan and it is a lovely show – we have had an excellent response.” The Coffee Jar has had various exhibitions on over the five years since Maria opened it up, with a rotation of artists on display. She added: “It is really something for a coffee shop to be able to host an artist of Jonathan’s standing