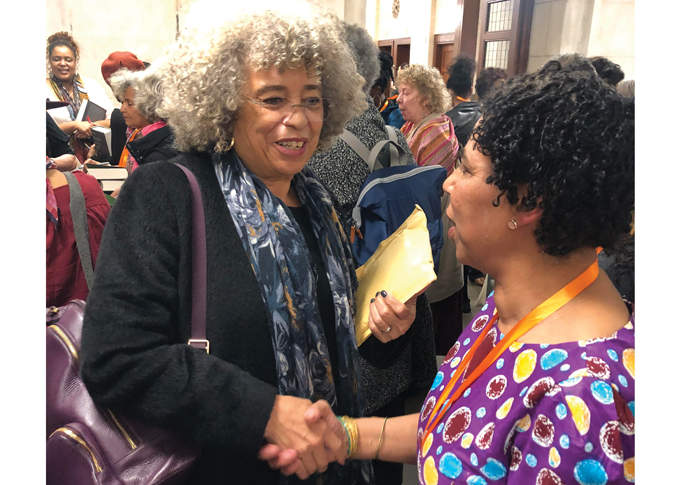 A raw and touching little memoir of the childhood years of Angela Cobbinah, a regular contributor to the New Journal – and its co-founder in 1982 – has been chosen in a prestigious anthology of the writings of women of African descent, edited by the illustrious publisher Margaret Busby.

It tells of her early years – often puzzling and painful – as the only black child in a Cornish village where she lived with her mother, a Hungarian refugee who had become the local midwife – her father had returned to his native country, Ghana.

Her name sits among such household literary names as Zadie Smith, Chimamanda Adichie, Andrea Levy and Marion Blackman but also many unknowns. Typical of Angela’s writings, her 3,000-word memoir displays a candour and insight­fulness that beautifully illustrates a maturing mind caught up in an atmosphere of prejudice and ignorance.

Contributors waived their fees and proceeds of the book will go towards The Margaret Busby New Daughters of Africa annual scholarship which will fund studies at SOAS in Bloomsbury.

At the book launch on March 7 at SOAS, tributes were paid by Margaret Busby from SOAS vice-chancellor Valerie Amos who said she was “inspirational”, while Professor Fareda Banda, chairwoman of the Centre of African Studies at SOAS, described the book as “truly phenomenal”.
Candida Lacey, publisher of the book, New Daughters of Africa, described it as a “treasure trove of creative talent”.

In an article about the book in the Guardian’s Review on Saturday Margaret Busby, referring to the year of 1968, blighted by the assassination of Martin Luther King, singles out Angela Cobbinah’s memoir and quotes from a moving passage describing her emotions of “connections” when the American athletes raised their fists in a Black Power salute on the podium at the Mexico City Olympics in 1968.
“Such connections,” she writes “…strengthen the links between contributors.” 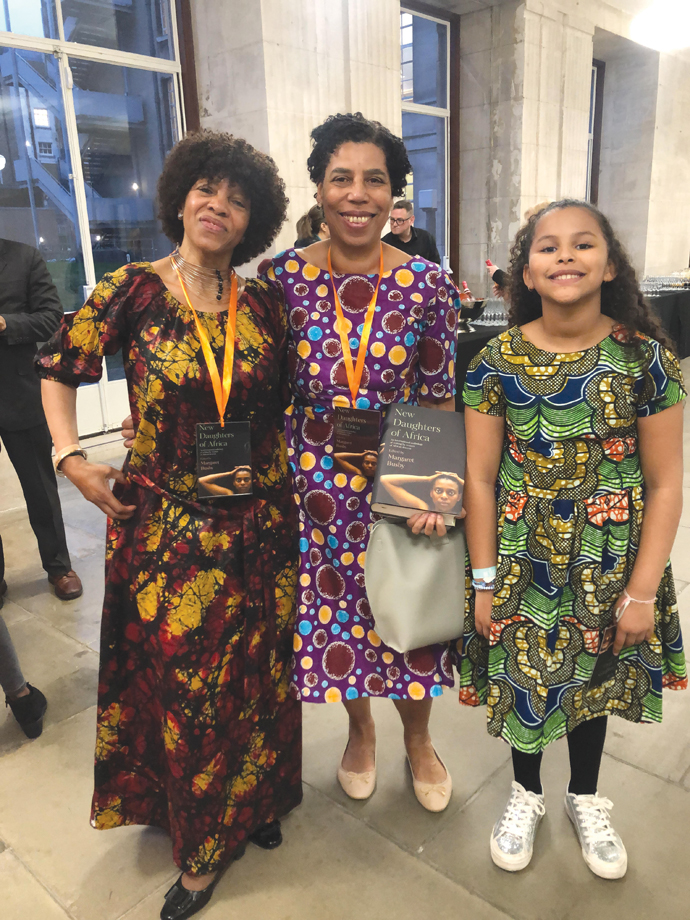 Margaret Busby, left, with Angela Cobbinah and her granddaughter Amayah

Angela, who joined the Camden Journal in the late 1970s, worked as a journalist in West Africa and for the BBC World Service, and latterly has been writing about the scandal of the Windrush Generation in the New Journal. She told me: “It is an honour to be included among so many esteemed writers and to be given the opportunity to tell a part of my story.”

Margaret Busby paid tribute to contributor Andrea Levy, who passed away last month. “She had wanted to attend the event but we know she is with us in spirit,” she said.

Angela met one of her heroines, the Afro-American black veteran and prison reformer Angela Davis who atten­ded the launch. She was in the UK to take part in the Women of the World Festival at the Southbank over the weekend where readings from the book were delivered.

On Saturday, March 9, Angela Cobbinah and Nah Dove, another contributor, took part in a talk organised by Highgate Labour Party at Highgate Library.

• New Daughters of Africa: An international anthology of writing by women of African descent, edited by Margaret Busby, is published by Myriad, £30