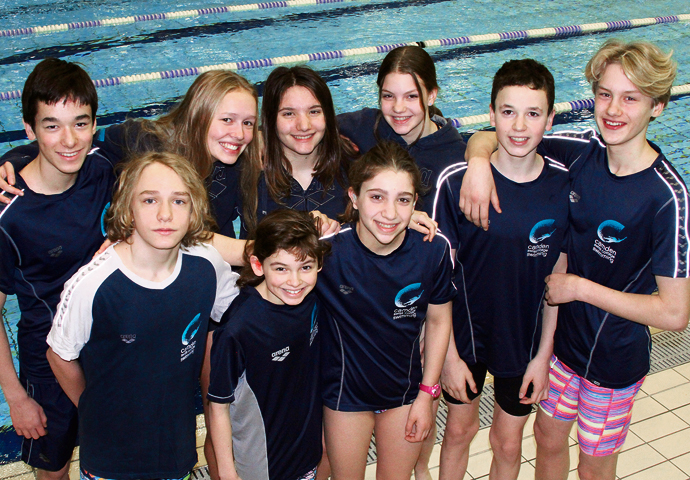 YOUNGSTERS from Camden Swiss Cottage Swimming Club proved a force to be reckoned with at the 2019 Middlesex County Youth and Age Group Swimming Championships as they returned home with more than 100 individual medals.

The competition was held at two venues over two weekends, with swimmers aged 10 to 13 years old taking to the short course (25 metres) pool at the Southbury Leisure Centre in Enfield, while those aged 14 and above competed in the long course (50m pool) at the London Aquatics Centre in Stratford.

Among the stars of the show at the Youth event in east London was Ally Larson, who made her presence known in her final County Championships before heading off to Northwestern University next autumn.

The speedy 19-year-old competed in six events, and won every single one of them as she powered her way to victory in the 200m and 400m individual medley, the 100m and 200m butterfly, and the 100m and 200m freestyle.

Donatas Dragasius was in similarly devastating form in the pool, striking gold in the 200m individual medley, the 200m backstroke and the 1,500m freestyle.

The 15-year-old also scooped three silver medals, finishing second in the 400m freestyle, and the 50m and 100m backstroke. He also bagged a bronze medal in the 400m individual medley. 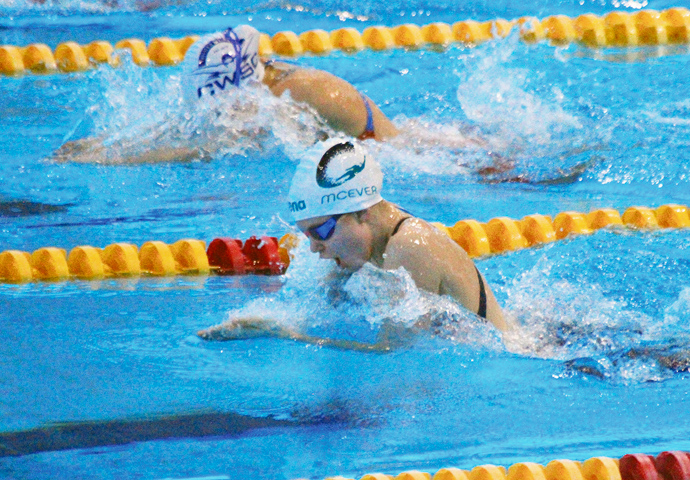 Ella McEver on her way to victory

There were also three golds and three silvers for Ella McEver, 14, who won the 50m breaststroke, and the 200m and 400m individual medleys, while just being pipped to the finish line in the 100m butterfly and the 100m and 200m breaststroke.

Alexis was celebrating, too, after topping the podium in the 200m and 400m freestyle, and also finishing third in the 100m freestyle.

Para-swimmers Leah O’Connell and Charlie Hyde, who are both 17, each finished with a gold medal. Leah won the 200m individual medley, while Charlie took her gold in the 400m freestyle. 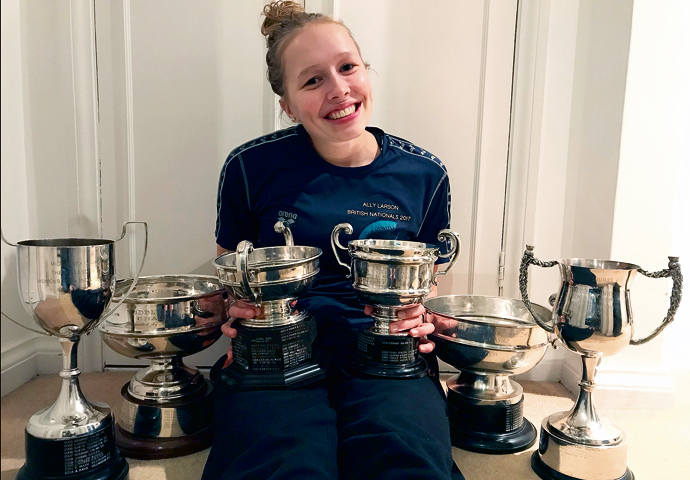 Meanwhile, at the Age Group Championships, held in north London, Ines Guimond-Beetham and Ava Lambropoulos both put in sensational showings.

Team-mate Ava, 12, won the most medals overall, returning home with no fewer than 10 gongs.

Lucas Bohm had an excellent championship of his own, winning all the breaststrokes – the 50m, 100m and 200m – and finishing second in the 50m freestyle and the 100m individual medley. The 12-year-old capped a great weekend by taking bronze in the 200m individual medley.

Camden Swiss Cottage also showed its overall strength in depth in the team events as they won the boys’ 12-year-old 200m freestyle relay and the 200m medley relay.

The swimmers will now focus their attentions towards the London Regional Championships in May.