A timely take on racism 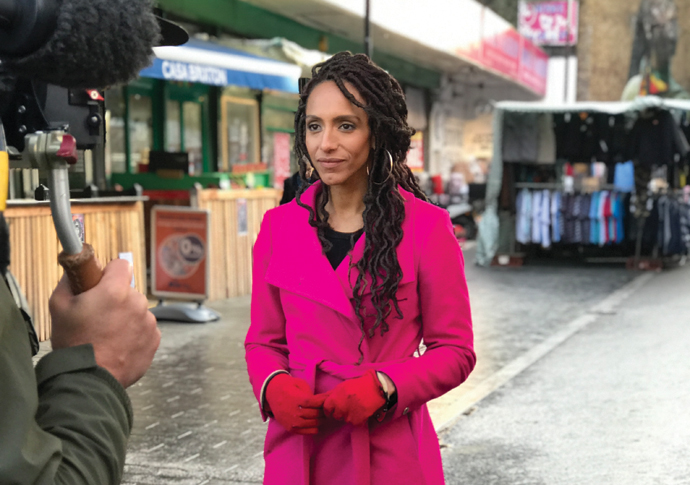 Afua Hirsch, author of Brit(ish): On Race, Identity and Belonging, says she grew up feeling ‘the eternal outsider’

WITH the government desperately trying to extricate itself from the Windrush immigration scandal that has left thousands of people destitute and stateless, author Afua Hirsch must be feeling sadly vindicated.

Ever since her book Brit(ish): On Race, Identity and Belonging was published a few weeks ago, she has been attacked over her central claim that racism remains a fact of life in British society.

Much has been made of the fact that Hirsch, the daughter of a Ghanaian mother and English father, was brought up in leafy Wimbledon and enjoyed a private education before taking the well-worn route to Oxford and the bar, then becoming a very well connected and successful journalist. So what’s her problem?

The problem is even in the midst of all this privilege Hirsch, 35, grew up feeling “the eternal outsider”, from being followed around in shops as a suspect thief to being routinely asked where she was from in her own country. It was not just the unsettling encounters of everyday life. As a philosophy undergraduate she was fascinated by the reasonings of Enlightenment figures like John Locke and David Hume only to later discover that they were both active proponents of racist thought in their defence of slavery.

But talk about this and you are accused of playing the victim or refusing to “move on”. Like Reni Eddo-Lodge in Why I’m No Longer Talking to White People About Race, Hirsch rails against white society’s refusal to confront awkward historical truths and its retreat into a colour-blind approach to race relations.

She writes: “In Britain we are taught not to see race. We are told race does not matter. We have convinced ourselves that if we contort ourselves into a form of blindness, then issues of identity will quietly disappear.” 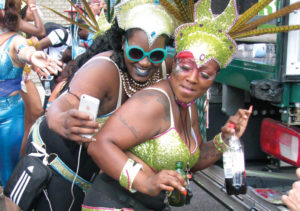 But Brit(ish) is much more than a forensic examination of how the racist past informs the present, even if this no longer means “No Blacks. No Dogs. No Irish” signs in windows. It is also a personal and admirably honest account of her journey towards self-realisation as a woman of colour. But what it means to be black in Britain is completely different from what it means to be black in West Africa, where she attempted to relocate.

Aged 21, she travelled to Senegal to work for an NGO only to find that she was seen as nothing more than another privileged foreigner. “I had simply chosen the wrong country,” she concluded at the time.

Later she moved to Ghana, where she was hopeful of receiving more of a welcome because of her familial links. But to her dismay she was not taken seriously as a Ghanaian either and was referred to as “obruni”, or white person because of her light skin colour.

After so many years of searching, Hirsch is reluctantly forced to acknowledge that Britain, despite its constant threat of exclusion, is home because “there is nowhere else to go”.

This is a well-written book, full of indignant commentary about race in 21st-century Britain that will nevertheless throw up a sense of déjà vu among older generations. They will certainly reject her claim that there has never been a civil rights movement in Britain. Ever since the Empire Windrush docked in at Tilbury 70 years ago, people have been fighting for justice and equality in some shape or form, it is just that there has been a lull in recent years as Black Britain joined the political quiescence of the rest of the country.

Particularly interesting are her explorations of her own family history that reach back, uncomfortably, to a Dutch slave trader operating in Ghana who had a child with a local woman in the 1700s, and to Nazi Berlin from where her grandfather fled in 1938 as a 17-year-old Jewish refugee.

Hirsch notes that in the 2011 census, 1.2 million people ticked one of the “mixed” boxes, double the figure of 10 years previously denoting a new generation of mixed race people. Once regarded as manifestations of immorality and genetic inferiority, they are now hailed as evidence that race and identity are no longer relevant.

As Hirsch’s own struggles confirm, in a nation whose own identity remains wilfully stuck in its imperialist past, this could not be further from the truth.