A thrashing that united the nation

OPINION: There was something uniquely special about the big baddies of the 1990s having sand kicked in their faces 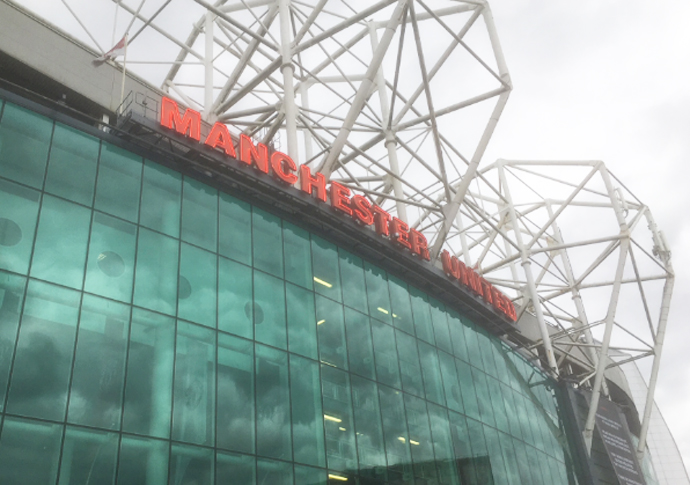 IT has been a desperate three or four years with our nation divided by too many debates: Brexit, virus lockdowns, VAR and Spurs’ mauve and luminous bird-poo away kit.

But you could see the flicker of the country we can be on Sunday afternoon. There it was, a cherished unity – a truly united kingdom, the subjects all delighting in Manchester United’s utter humiliation at home against their old rivals.

In fact, Liverpool should really be sanctioned for not pushing on for six, seven, eight or more goals, such was the tonic to our Covid-bruised land. So lopsided, it could’ve been 10-0 or more, at which point we would have had to begin the discussion over whether a public holiday was necessary to mark the universal celebration.

Every team you don’t like has a bad result or two at some stage and it draws a mean smirk in us all, but there is something uniquely special about the big arrogant baddies of the 1990s having the sand kicked in their faces.

They were, after all, bad losers whenever they lost – and still are judging by Paul Pogba’s violent tackle – but even worse winners. Who calls their own stadium the “theatre of dreams”? At the height of their injury-time powers, it was all so cocky and confident, like a bullying college jock threatening to take everybody’s lunch money and manspreading across eight seats on the tube.

They were our Sheriff of Nottinghams, our goblin kings.

They had a stranglehold on every weekend, and every writer and broadcaster – although mostly Clive Tyldesley – seemed to salivate over every goal.

We let them write their own fantasies. In fact, there is little positive to say about how Manchester City, Fergie’s noisy neighbours, transformed into a money-doped superpower, but the only saving grace remains that it was United who had to watch their local rivals develop into an even larger monster.

If you grew up in London during that fading treble era, you were not immune to the United cult. The oldest joke in football is about United fans living in south London, but it’s clearly true.

The capital city has so many clubs to choose from and yet still kids would be on the back of the bus droning on about how great a team 200 miles from their home was.

The poor souls, it was more important to say you were on the winning team than actually going to a match. A gloating text or a tweet was due on Sunday evening.

Of course, this relief and schadenfreude may seem like we are unhealed and scarred, but there’s no denying it.