A sweet moment for top fruit and veg trader Keith 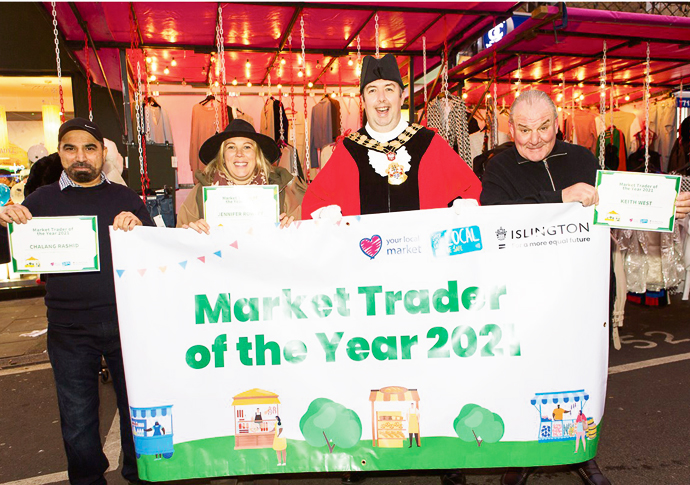 KEITH West started selling fruit and veg in his teens – and more than 40 years later he has just been voted “Market Trader Of The Year” by his loyal customers.

He was presented with his award by Islington mayor Troy Gallagher at the Chapel Market festive switch-on, along with two other traders.

Mr West, a father-of-five, described the experience as “humbling” and said getting the award “really meant something to me”. He added: “The fact that all the people voted for me unprompted was really humbling, it made me feel so great that all the people felt so nice about me.

“I’ve had loads of lovely messages too – I’m really chuffed.”

The council awards were decided by a voting system this year with a QR code, online selections or paper votes, with more than 1,200 people getting involved.

Mr West is a former Pakeman Primary schoolboy who has worked outside the Enkel Arms on the corner of Seven Sisters and Hertslet Road since 1983.

He was given his break in the fruit and veg trade by his boyhood friend Nick White – who still owns the White Brothers veg shop in Blackstock Road.

Mr West described the era when he started out in the 1970s as a time for the “cheeky chappy Cockney barrel boy,” but said “it’s a totally different world out there now” for stallholders, citing shopping habits as a major challenge to the market industry. 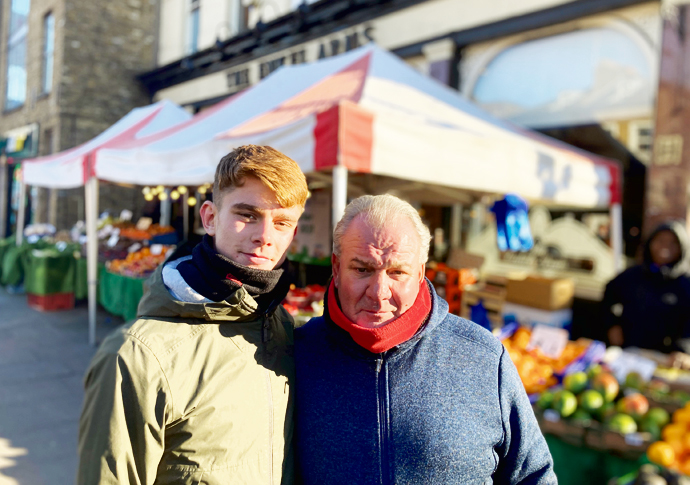 While his customers may be grateful to have Mr West out there come rain or shine, he admitted his doctor has expressed disquiet at his up-at-2am, working 70 hours a week lifestyle.

In a rare concession to age, he has just this week finally given in to the notion of wearing fingerless gloves, after his joints started to give him a bit of pain. But it’s not enough to get him to change his ways, because, as he puts it: “I’m not a boxset sort of guy – I’m always out.”

And, he insists, trading makes him happy.

“I enjoy it – I see chaps I’ve seen for years and we have a chat and a laugh,” he said. “I get to see people’s kids grow up. I’m happy doing it – I have lovely customers.”

Longtime employee Cameron Spence, who has worked with Mr West since 1988, described him as a “gem of the community” who “supports everyone”, while friend Freddie Griffiths said he had a “heart of gold” and would let people walk off with their shopping and pay another day if they didn’t have any money in their pocket.

Two other stallholders were also awarded Trader of the Year on Thursday: Chalang Rashid, who sells Kurdish food from Whitecross Street, in Barbican; and Jennifer Rowley, a women’s fashions trader in Chapel Market, Angel.

Islington gave all three traders £150 off their pitch rent and three customers were given a £50 voucher to spend on their chosen trader’s stall.