A life of Labour 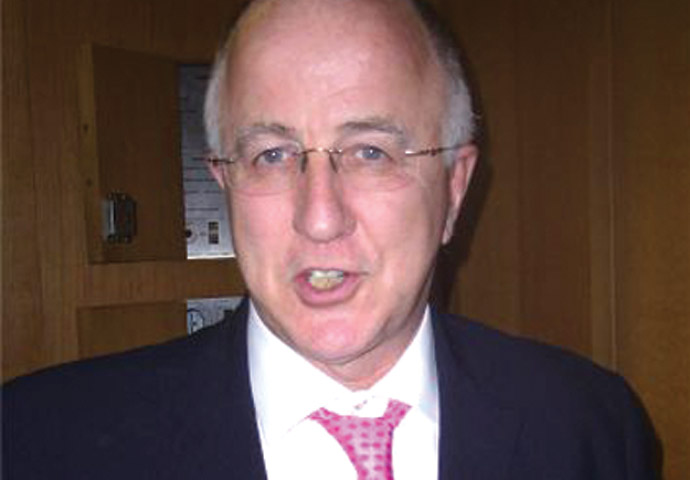 RIGHT now the title of former Europe minister Denis MacShane’s new book – Must Labour Always Lose? – seems hideously topical. MacShane may have stumbled on a hard truth Labour will have to face if it is ever to do more than rail against the monstrous unfairness of post-Brexit conservatism.

In 2019 the party lost big time, even though the Conservatives were led by a corrupt and incompetent charlatan. Chastened, Labour did everything that seemed to be demanded. It got rid of its unpopular leader and replaced him with the most respectable figure it could find.

The new leader left nothing undone that would put clear water between him and the old leader. The charlatan still leads the Conservatives. Yet the opinion polls mulishly refuse to react.

So is this the Tory century? Do we have to reconcile ourselves to a future in which the rich get steadily richer and the poor poorer?

MacShane doesn’t believe it, and neither do I. But optimism is dangerous. At the end of the 1970s, when he became president of the National Union of Journalists and stood unsuccessfully for Camden Council, he thought things could only get better. I thought so too, when (disclosure alert) I succeeded him as NUJ president. We were wrong.

In this book, MacShane tells the story of his political life, and draws lessons about what he believes Labour must do to avoid being doomed to permanent defeat. The book is like MacShane himself: lively, witty, entertaining, indiscreet, and every so often you can hear the satisfying clunk of an old score being settled.

Canvassing for votes in Camden in 1978, he heard voters say how they disliked the strikes that were a feature of the time. He did not, I imagine, mention on the doorstep that he was leading a strike of provincial newspaper journalists.

But the experience helped him to grasp a truth that most Labour politicians are still avoiding, that “nowhere in other democracies do trade unions sit on the controlling body of the main centre left party and seek to dictate its policy. Links between progres­sive parties and the unions are stronger as a result.”

He is refreshingly clear about the compromise that is social democracy – which seeks not to overthrow capitalism but to tame it.

He is stunningly wrong about Peter Mandelson, whom he credits with Labour’s victory in 1997. Au contraire, as MacShane the linguist and Francophile often says: if Labour’s communications had been run by a journalist and not a politician manque like Mandelson, the party might not have lost in 1992.

And he falls for the great lie of Labour Party history, that Blair and Mandelson rescued the party from permanent electoral defeat. If John Smith had not died unexpectedly in 1994, he would have become Labour prime minister in 1997 instead of Blair, and we would never have gone to war in Iraq.

MacShane voted for that war, and his excuses for doing so are a little lame but at least, unlike Blair, he now admits how wrong he was. “The arguments are over” he writes. “Iraq was a disaster.”

Blair took a surprisingly long time to promote this talented and impeccably loyal MP, but MacShane did at last get the job he most wanted, that of Minister for Europe. After losing the job he continued to be a figure in European politics, and was still useful to Blair.

The travelling this entailed led to Mac­Shane’s expenses scandal and the end of his political career – an end both sad and astonishing, for he went from parliament to a short spell in prison, having claimed the funds for all this travelling in a distinctly unorthodox way. The bitterness he still feels, expressed in this book, is over the top, but I think he was dispropor­tion­ately harshly treated.

His rebirth is no less astonishing. Today he is a lobbyist and a commenta­tor on European affairs, still with his finger on the pulse. And he has noticed that, with Scotland – once a Labour strong­hold, now lost to the Scottish National Party for the foreseeable future – there is very little chance of Labour getting an overall House of Commons majority any time soon.

Labour’s top brass privately recognise that they will need SNP support to form a government after the next election, and may well have to promise a referendum on Scottish independence. They are frozen with fear of those cartoons in the 2015 election showing Ed Miliband in Alex Salmond’s pocket. That’s what lay behind Keir Starmer’s pointed attack on the SNP in his conference speech this year.

But here’s the truth that Starmer has not yet faced, but MacShane understands. If Labour is going to have to do a deal with the SNP in the end, the party will have to own up to this brute political fact during the general election campaign.

Yet instead of preparing the ground, Starmer is telling everyone that you can’t trust the SNP, and another referendum in Scottish independence would be the end of civilisation as we know it. It is the best way to ensure that the charlatan wins again.