A fresh look to home of fresh ingredients 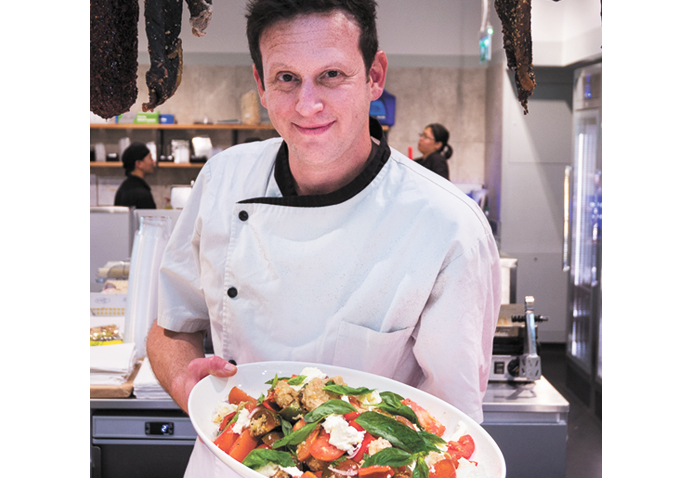 FOR more than half a century, Panzer’s Deli has been a London landmark – a magnet for food lovers from St John’s Wood and far beyond.

But a dramatic revamp has left many loyal customers in a state of shock.

“They are astonished,” says the manager, showing me around the gleaming new shop. “A lot of people say it reminds them of New York.”

Panzer’s Deli began life in the 1950s as a small kosher deli and butcher.

Over the decades, it slowly expanded and evolved to become perhaps the best-stocked food shop in the capital – far superior to Wholefoods or similar destinations.

I pitched up for lunch, a few days after re-opening. Panzer’s is still trading on the same site, just off St John’s Wood High Street, but the interior has been totally transformed.

The ample space now feels bright and modern – with acres of new shelving, a coffee and cake zone and a maze of well-stocked aisles.

Outside, there’s an epic display of fruit and veg, with more fresh produce dominating one corner inside, next to the tills.

Israeli chef Oded Oren has taken charge of the new kitchen, which serves highly seasonal dishes to take away or eat on site – ideally at one of the tables outside, bathed in autumn sunshine.

The deli is famous for its smoked salmon, sliced to order. There’s also a high-end sushi concession serving maki rolls, sashimi and the like.

The highlight of Oren’s menu are some top class seasonal salads. The current owners of Panzer’s are experts in fresh produce.

“I’m quite amazed by the quality of fruit and veg that I get here,” says Oren. “Everything is super fresh and very seasonal as well. They are very on it in terms of seasonality.”

I ordered a selection of dishes: roasted pumpkins with Cavolo Nero and sweet garlic; peppers subtly marinated in thyme and olive oil; a fillet of grilled salmon spiked with fennel seeds, sumac and a piquant salsa verde.

“Nothing is bought in or sourced from outside,” says Oded, who has more hot dishes in the pipeline.

If you so pay a visit to Panzer’s, I wager that you won’t leave empty-handed. The food shopping is irresistible.

Staples include meat, fish, cheese and bread. But I spent a happy hour exploring the more obscure products: “Mother-in law tongues”, an artisanal flatbread from Italy; fresh Porcini mushrooms the size of your hand; rare English apple varieties; ready-cooked octopus tentacles; and much more besides.

Panzer’s has always been a favourite with homesick American ex-pats, too, who flock for hard-to-find items such as Welch’s grape jelly.

It was a brave move to close and refurb an institution such as Panzer’s. But this swish new incarnation keeps the spirit alive.