8-man Albion hang on for win 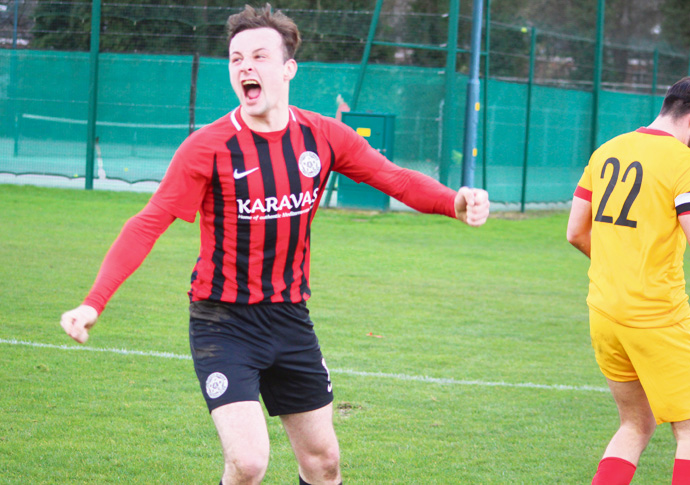 HIGHGATE Albion Reserves survived a riot of red cards on Sunday in a feisty home match against North London Athletic at the St Aloysius Sports Ground.

Skipper Daniel Glaude saw his side end the Division Two clash in the Barnet Sunday League with eight men after Luke Morgan was sent off for a second bookable offence after reacting to a bad foul, while Joe O’Connor and Paul Reid received straight reds for “a coming together in the aftermath of the tackle”.

The visitors were also reduced to 10 men ­during the melee.

“The performance was unbelievable from the boys,” said Glaude after seeing his side hold out to seal a 5-3 victory.

“They played with eight men for 35 minutes and had to dig deep.

“Every man left on that pitch after the sending-offs can hold their head high.”

An early strike from Reid, combined with goals from Glaude and Alfie Francis, saw Highgate open up a 3-0 lead before North London pulled a goal back to make it 3-1 at the break and keep themselves in the game.

A topsy-turvy second half started with Francis netting his second of the match, before the away side again reduced the deficit to make it 4-2.

Francis, however, wasn’t quite finished as he went on to complete his hat-trick with his 16th goal of the season in all competitions.

Then came the chaos as four players were dismissed following a skirmish just before the hour mark. But despite three of those players wearing Highgate colours, the home side only conceded one goal in the remaining minutes.

Manager John Eager said: “That is a big big result for us. We remain unbeaten in the league, and stay second behind Borehamwood Rovers with a game in hand.

“Harry Scannell was unreal today, he was without doubt the man-of-the-match, bossing the midfield and getting three assists.”