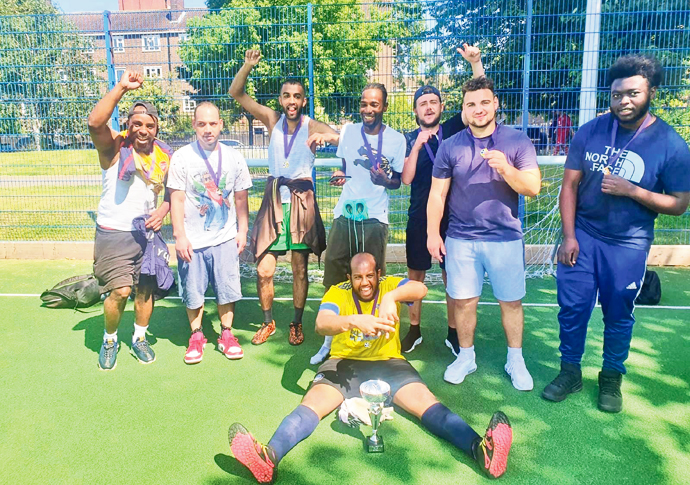 FOOTBALLERS showcased their silky skills in the sun on Saturday to help raise vital funds for charity.

The five-a-side competition proved a huge success, especially for the Ets10 squad (right), who were crowned champions. But the big winner was Cancer Research UK who will now receive £566 – smashing the £300 target originally set by organiser Stefan Anthony London.

“The competition went really well, all the teams loved taking part on the day,” said Stefan.

“Referees Gabriel Odia and Emanuel Osuala did a great job making sure the day ran smoothly, and, most importantly of all, we raised close to £600 for Cancer Research.”