Amid warnings of dwindling student numbers across the borough, academy plans to build four-storey block to allow expansion with sixth-form 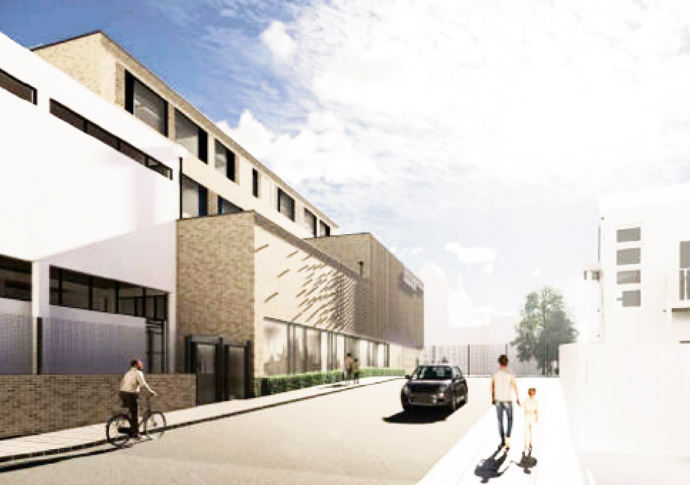 A SECONDARY school has laid out plans to expand its capacity by 200 pupils – despite warnings from the council and headteachers of falling student numbers across the borough.

The City of London Academy Highgate Hill, formerly known as Mount Carmel Catholic College for Girls, has submitted plans to the Town Hall to build a four-storey block which will allow them to take in sixth-form pupils.

The school, based in Holland Walk on the Elthorne Estate, currently has the capacity for 700 pupils aged between 11 to 16. Its ambition to welcome more will be heard at a planning committee meeting on Monday.

The proposals would see a two-storey block on Nicholay Road demolished and replaced with the building which will accommodate more teaching space and a new main hall, as well as facilitating the extra 200 pupils for a sixth-form intake.

Planning documents state that the City of London Corporation, which has run the school since 2017 when it became an academy, had also wanted to expand its 11-16 provision by 50 places.

However, council officers pushed back on this due to the lack of demand for secondary school places and it has since been dropped.

The officers say that Greater London Authority (GLA) projections show that “roughly a third of post-16” school places in Islington will remain “unfilled” in the next five years.

Headteachers and education chiefs have previously warned of schools facing falling rolls which could lead to a funding crisis. A falling birthrate combined with rising house prices in Islington, which is pushing young families out of the borough, have been blamed.

One primary school in Islington and two in neighbouring Camden are closing due to a lack of pupils.

Council officers have nonetheless indicated that they support the City’s plans at Highgate Hill as they will facilitate more space for special educational needs (SEND) provision.

The Bridge Satellite School operates on the same grounds, with its main access from Duncombe Road.

The report concludes: “Overall, it is considered that the proposed additional sixth-form places are acceptable, as it would provide specialist provision that are not currently catered for in Islington.”

Council sources have told the Tribune that SEND provision is the Town Hall’s priority, with the growing number of children needing special support outstripping the available facilities.

If approved on Monday, the scheme would also see internal remodelling work done on the main building fronting Duncombe Road to facilitate new design technology classrooms as well as vents and flues.

The council has received eight objections to the planning application including one from Hillrise ward councillor Marian Spall.

The representations raised concerns that there was “no evidence submitted in relation to the requirement of school expansion” as well as complaining about the “build, massing, height and visual impact” of the proposed four-storey building.

“The proposals will enable the school to eventually expand by an additional 250 pupils, which will help the school to provide a sixth form and to operate a higher capacity of 150 pupils per year.”